Changing the guard: a new regulatory regime for financial services

Changing the guard: a new regulatory regime for financial services 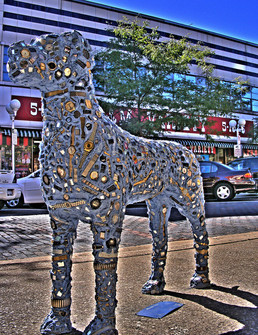 It has been said on numerous occasions that the FSA was the watchdog that failed to bark, or bite, and on 1 April 2013 we say farewell to the “light touch” regulator.  The FSA will be abolished and the majority of its functions transferred to two new regulators: the Prudential Regulation Authority (PRA) and the Financial Conduct Authority (FCA).

A third regulatory body, the Financial Policy Committee (FPC), will monitor the stability and resilience of the financial system as a whole.  Similar to a “look-out”, the FPC is tasked with spotting trouble on the horizon that will affect economic and financial stability and direct the PRA and FCA to take necessary action.

The PRA will be responsible for the authorisation and day-to-day supervision of regulated firms, such as banks, building societies, insurers and certain investment firms. The FCA will act as the conduct regulator for these "dual-regulated" firms.

The FCA will inherit the majority of the FSA’s regulatory functions, but in addition will have the power to:

•Block an imminent product launch or to stop an existing product

•Publish details of the start of enforcement proceedings against a firm for rule breaches or compliance failings.

The FCA will also be the body responsible for assessing the bank’s review of mis-sold interest rate hedging products.

The reforms followed criticism of the performance of the old financial regulatory regime in the financial crisis of 2007/08 for failing to anticipate the crisis and failing to provide clear, decisive leadership during the crisis.  In light of this the new regulatory regime looks to take a more pro-active and preventative approach.  Time will tell if the FCA and PRA, under the direction of the FPC, are able to run a more effective operation to combat irresponsible financial practices.

Tweet
'An Accident Waiting To Happen': The Banking Commi...
5 Things To Watch Out For In Your Lease After Leav...

RBS Told They Cannot Apply Set-Off to Debts After Bankruptcy

Fixed Fee Litigation – any case, any size, any complexity