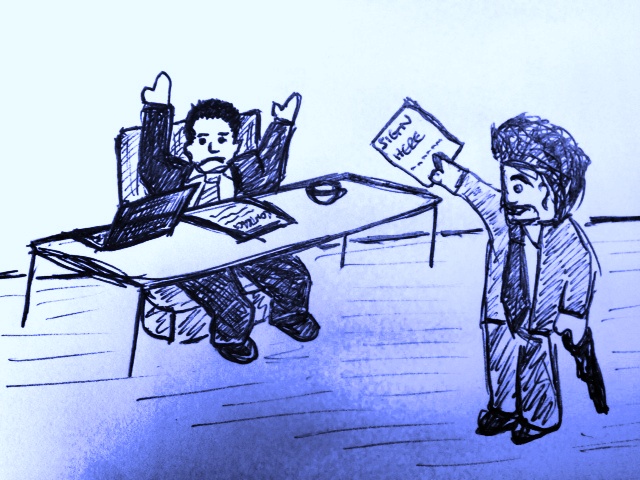 The English High Court recently handed down an interesting decision in Bank of India v Riat. The case piqued our interest because one of the questions put to the judge was whether a guarantor’s personal guarantee could be set aside (annulled) because of economic duress, i.e. unlawful pressure forcing a party to sign up to a contract.

While misrepresentation is commonly argued by guarantors seeking to have their personal guarantee set aside, it is rare to hear of an economic duress argument being advanced in such circumstances. While it is fairly easy for someone to decry that they have been forced into a contract; proving unlawful pressure is a much more difficult task.

The difficulties facing a party attempting to set aside a contract by relying on the legal remedy of economic duress were illustrated in the Riat case in which the guarantor ultimately failed to prove it. However there may be circumstances where an economic duress argument could be successful. Before actively considering to advance this legal remedy, it is worthwhile thinking about the following five issues:

1. CAN THE BANK’S ‘TAKE IT OR LEAVE IT’ BE COMMERCIALLY JUSTIFIED?

An individual or company (hereafter referred to as the "victim”) arguing economic duress must be able to differentiate from the 'commercial rough and tumble' of the pressures of normal commercial bargaining.

To assist with telling them apart, a detailed assessment of all the facts in any given case will need to be undertaken. For example, were the bank’s actions an actual or threatened breach of contract?

2. DID THE VICTIM HAVE ANY ALTERNATIVE?

An economic duress argument will fail if the victim is unable to persuade the Court that they had any realistic practical alternative but to submit to the pressure and sign up to the contract put before them.

Accordingly, the victim will need to provide evidence that he could not have obtained the contractual objectives via a third party. The victim is likely to have been held to have been influenced by the threat If there was no realistic alternative.

3. DID THE VICTIM PROTEST AT THE TIME OF SIGNING THE CONTRACT?

A victim will have a better chance of succeeding if they have protested at the time of entering into the contract. It is important to protest because a failure to do so may point to the victim having ‘gone along’ with the contract and be held to have affirmed it.

In other words, the bank would argue that the victim waived the duress by carrying out the contract as agreed. A lack of protest would not necessarily be fatal so long as there hasn’t been much of a delay between entering contract and complaining to the bank.

If the victim had the benefit of independent legal advice at the time of entering into the contract then this will be a factor which weakens the victim’s argument. It is inferred by the Court that if there were duress then the solicitor would have advised the victim to complain and if they haven’t done so then that suggests victim voluntarily consented to the contract.

4. WAS THE DURESS THE MAIN CAUSE OF INDUCING THE VICTIM TO SIGN?

It should be remembered that it is the party arguing economic duress that carries the burden of proof. The victim will need to prove that the duress was a significant cause that induced them to enter into the contract.

If the bank acted in bad faith then this would be a factor which would increase the likelihood that there has been unlawful pressure exerted on the victim.

If economic duress can be successfully proved then the Court may terminate the agreement and allow the victim to recoup all monies paid.

There have been some notable successful English cases (although no economic duress cases brought in Scotland yet to our knowledge) such as Kolmar Group AG v Traxpo Enterprises Pvt Ltd [2010] EWHC 113 (Comm) but it should be kept in mind that this is a difficult legal remedy to prove and legal advice should be sought at an early stage to assess the prospects of success before significant time and money is spent litigating the issue in Court.