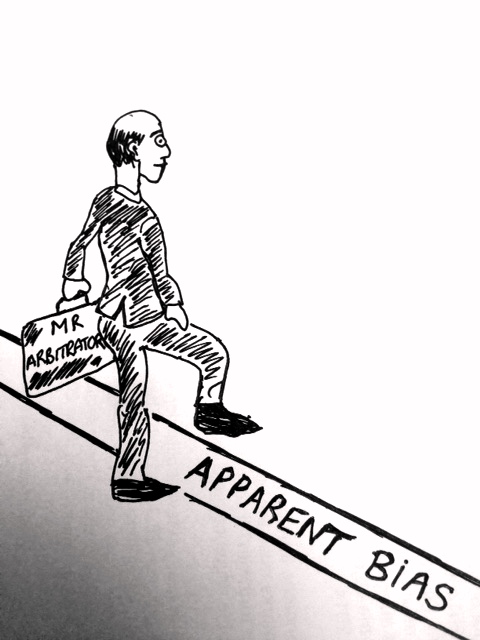 Arbitration is a dispute resolution procedure where parties agree that an independent third party (“the arbitrator”) will decide their dispute. The ideal situation is that an arbitrator is appointed in whom both parties have confidence. Unfortunately this is a rare event and usually an appointment body such as RICS, Scottish Arbitration Centre or CIArb is appointed to choose the arbitrator where parties are unable to agree.

A recent bias challenge was decided in the Commercial Court of England & Wales. The case of Sierra Fishing Company & Others v Hasan Said Farran & Others [2015] EWHC 140 (Comm) is interesting because there have been relatively few reported applications for removal of an arbitrator.

The case concerned a disputed loan agreement between Dr Farran and Mr Assad (“the Defendants”) and Sierra Fishing Company (“SFC”), and Mr Said Mohamed (on his own behalf and his late father’s estate) (“the Claimants”).

The loan agreement contained an arbitration clause and when no repayments were made to the Defendants they served a request for arbitration on the Claimants seeking repayment and nominated a Lebanese lawyer, Mr Ali Zbeeb, (“the Arbitrator”) as arbitrator by the Defendants.

The Test for Apparent Bias

The power to remove an arbitrator in England & Wales is to be found in s.24 of the Arbitration Act 1996 (“the Act”). An application can be made in circumstances that give rise to justifiable doubts to the arbitrator’s impartiality (if they satisfy the apparent bias test below).

The apparent bias test is as follows:

Whether the fair-minded and informed observer, having considered the facts, would conclude that there was a real possibility that the tribunal was biased.

It is important to note that the test is the real possibility of bias; no proof of actual bias is required.

The Claimants successfully argued that 3 issues gave rise to the possibility of apparent bias:

The Court decided that a fair minded observer would conclude that there was a real possibility the Arbitrator would be bias in order to foster and maintain his law firm’s relationship with the Defendants.

2. The Arbitrator’s involvement in drafting the parties’ agreements

3. The Arbitrator’s conduct of the application for removal

Firstly, the Arbitrator refused to postpone his award despite being requested by both parties to do so.

Secondly, the Arbitrator’s tone and content of communications with the parties once challenged gave the appearance that the Arbitrator had ‘descended into the arena and taken up the battle on behalf of Dr Farran and Mr Assad [the Defendants]’.

In light of the above conduct, the Court concluded there was a real possibility that the Arbitrator was bias as the conduct appeared to show a loss of objectivity.

The case is a useful guide to the kind of circumstances that may give result in a successful removal of an arbitrator by the Court. It also highlights that the English Courts will enforce standards of conduct in international arbitration.

It is also a cautionary tale for arbitrators that their reaction to a bias challenge may be their undoing if it appears that they have taken sides. Finally the case is a timely reminder of the need for arbitrators to voluntarily disclose any circumstances that might later be seized upon by a party to bring a bias challenge. If in doubt, the IBA Guidelines on Conflicts of Interest may be of assistance.