Negligent Misrepresentation: A Grouse In The Hand Is Worth Two In The Bush

Negligent Misrepresentation: A Grouse In The Hand Is Worth Two In The Bush 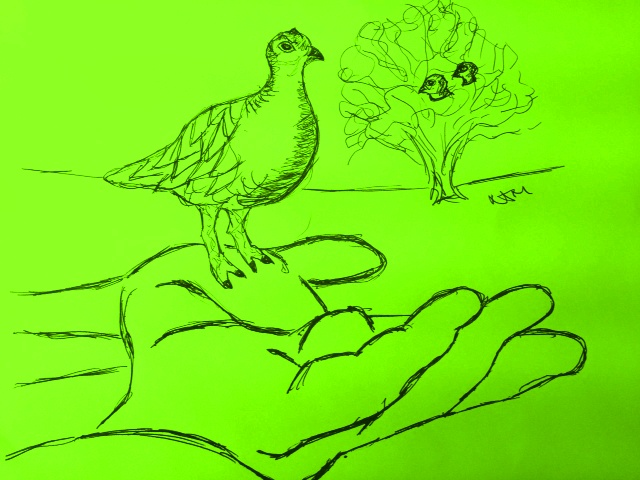 Have you ever felt that you were duped into buying something that turned out to be not that great? This blog has often looked at cases of mis-selling in relation to financial products. However, the recent decision of Cramaso LLP v Ogilvie-Grant, Earl of Seafield and Others in the UK Supreme Court provides an interesting discussion on principles of agency and misrepresentation in a new context. In this case the subject of the sale was a grouse moor, and the misrepresentation related to the moor’s grouse population.

The Supreme Court’s decision was also interesting as it found that a contracting party could be liable for a negligent misrepresentation made in pre-contractual negotiations, which induced the conclusion of the contract by someone other than the original recipient of the representation.

The dispute in Cramaso LLP related to a grouse moor, owned by the Earl of Seafield and Others (the “defenders”), which was used for commercial shooting. The owners sought to attract a tenant for the moor. The task of letting the moor was taken forward by the owners’ chief executive Sandy Lewis and by a chartered surveyor, Jonathan Kennedy.

A Mr. Erskine expressed an interest in the tenancy but had concerns that the grouse moor had been overshot. Mr. Lewis advised Mr. Kennedy that he may wish to pass on an email to Mr. Erskine, which restated the figures from the email of 4 August 2006 which showed an estimated grouse population well in excess of the actual population. This information was then forwarded to Mr. Erskine in an email dated 2 October 2006.

Following receipt of the email from Mr. Kennedy, Mr. Erskine decided to take the tenancy through a new limited liability partnership, Cramaso LLP (“Cramaso”).  Cramaso was set up in November 2006 with the defenders’ knowledge. Mr. Erskine subsequently discovered that the grouse population was smaller than he had believed and would take a lot longer to recover for shooting. He felt he had been misled and brought Court proceedings against the defenders for damages.

In the Court of Session at first instance it was held by the Lord Ordinary, Lord Hodge, that Cramaso could not recover damages from the defenders. He found that Mr. Lewis had acted honestly but negligently and that the email contained a material misrepresentation. However he held that the defenders did not owe Cramaso a duty of care, as Cramaso had not been in existence at the time when the representation was made.

The decision was appealed by both parties to the Inner House. It was conceded that a duty of care could be owed to a class of persons who were not yet in existence. However, it was held that at the time the representation was made that it was not reasonably foreseeable that anyone other than Mr. Erskine would rely on it. Accordingly, there was no proximity between Cramaso and the defenders and therefore no duty of care was owed to Cramaso under Scots law.

The tripartite test for determining the existence of a duty of care (set out in the case of Caparo Industries plc v Dickman) is as follows:

Cramaso appealed the decision of the Inner House. The question before the Supreme Court was:

1) whether Cramaso was induced to enter the contract by a negligent misrepresentation; and

2) if Cramaso was in principle entitled to recover damages from the defenders.

Lord Reed questioned the Courts’ and parties’ approaches to date, which had focused on the misrepresentation being restricted to the time at which it was made.  Lord Reed asked if this was in fact a ‘continuing representation’ that remained in effect until the contract was concluded.

There are circumstances where misrepresentations do not have a continuing effect, for example where it is withdrawn or lapses, or the other party discovers the true state of affairs before contracting.

It was held that in this case the representation contained in the email was undoubtedly a continuing one if Mr. Erskine himself was to be the contracting party.

In the circumstances, the question that followed was whether the representation continued after the identity of the contracting party had changed from Mr. Erskine to Cramaso LLP.

It was asserted that:

“the change in the identity of the prospective contracting party did not affect the continuing nature of the representation, or the respondents’ [the Earl of Seafield and Others] responsibility for its accuracy”

The following points were highlighted:

The Supreme Court also considered the principle established in the case of Briess v Woolley, which stated that a principal can be responsible for fraudulent misrepresentations of his agent made before the agency began, if the representations induce another party to enter into a contract and continue to influence the representee after the agent’s appointment.

By continuing to conclude the lease with Cramaso through Cramaso’s agent, Mr. Erskine, without withdrawing the earlier representation, the defenders asserted the accuracy of that representation to Cramaso by their conduct. In the circumstances, it was foreseeable that the representation about the grouse would induce Cramaso to enter into the contract.

Accordingly, the defenders owed a duty of care to Cramaso, which they failed to fulfil by making a negligent misrepresentation about the number of grouse on the moor and as a consequence were liable in damages.

Further discussion on the duty of care

It is worth bearing in mind that under Scots law, simply proving there has been a misrepresentation that has induced a party to enter a contract is not enough. A party must also establish there has been a breach of a duty of care.

In discussing the duty of care under Scots law, Lord Reed noted there are a variety of circumstances in which a duty of care may be absent, such as:

The case highlights that the law is capable of imposing a continuing obligation on the makers of pre-contractual representations where there is an interval between the making of the representation and the conclusion of the contract.

Importantly, parties should be alive to who they are contracting with and any change to that party’s status. Parties may wish to consider drawing a line under any pre-contractual negotiations and parties should be careful to withdraw representations that are no longer accurate. They should also consider taking any available contractual steps to ensure that misrepresentations cannot be relied upon. However, such exclusions of liability may not always be enforceable.

The decision provides a useful outline of the circumstances when a duty of care for negligent misrepresentations will and will not arise. There will be many instances when this duty is successfully excluded by one party, however the case serves as a reminder that best practice would be to simply avoid making statements that could be construed as misrepresentations!

A link to the full case report can be found here.