Settlement Agreements: The Devil is in the Detail

Settlement Agreements: The Devil is in the Detail 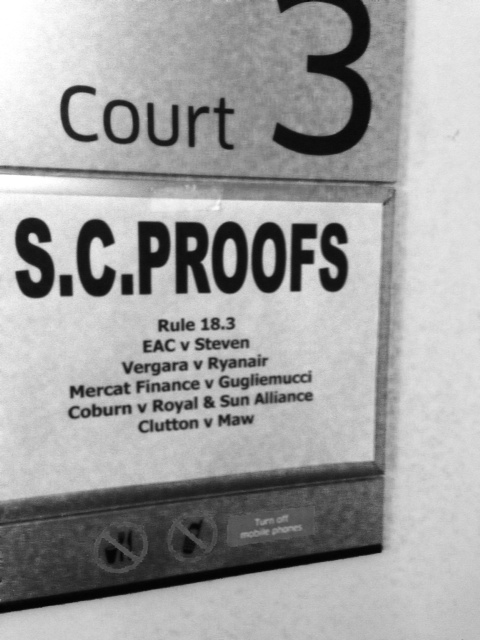 In the last few months there has been an increase in the number of offers of redress flooding in from banks to victims of the IRHP mis-selling scandal.

Settlement can occur at any time from when the parties first make contact up to when parties meet at the doors of court before the final evidential hearing. Often cases are settled even before formal court proceedings are raised following pre-litigation correspondence between parties’ solicitors. There are often tactical or economic considerations which influence when a party will decide to make a settlement offer or accept one.

Out of court settlements are often made without any admission of responsibility and there will usually be no apology from the party offering to pay money. It should be remembered that even if a resounding victory is achieved in court, it is extremely unlikely to prompt any apology from the other side. If it is an apology that is being sought then mediation is the dispute resolution option which may come up trumps. Mediation is discussed in my other blog post.

It is very important that parties, or their solicitors, accurately record the terms of the settlement agreement. This is fairly straightforward if the offer has been made to the other side at an early stage and is set out in email correspondence between the solicitors, or a settlement agreement. However, accurately recording the settlement terms can be more difficult if the agreement takes place during a hurried discussion at the doors of the court. In these circumstances detailed notes should be taken and even then the solicitors involved may end up in the witness box if there is a dispute as to the settlement terms. If possible, parties should try to settle in good time so that negotiations can take place. The recent case of Newbury v Sun Microsystems illustrates the dangers of a hasty late settlement.

The negotiations leading to a potential settlement are best carried out on a ‘without prejudice’ basis. This means that if agreement is not reached and the case continues in court, parties cannot rely on those discussions because they were made in the course of settlement negotiations.

If a Google search were to be undertaken for quotes on settling then the word ‘settle’ is usually preceded by the word ‘Don’t’. However in the uncertain world of litigation, it is generally accepted that settling is a good thing. With an out of court settlement both parties have certainty as to what they will be getting or giving. The parties' solicitors will have negotiated the agreement and it follows that it will ultimately be an arrangement that both parties can live with. In litigation there are no guarantees so an out of court settlement is one way to minimise stress and risk.

There are often economic factors at play when a party decides to settle (e.g. it would cost more to defend the action to the end, perhaps unsuccessfully, than to offer a reasonable sum now and see the matter at an end). There is also the time spent by management liaising with solicitors on the matter, which could be spent more valuably growing the business.

The ultimate deal that is agreed is likely to be something the offering party can afford, funds can be obtained quicker than if the case runs its course in court. If an order is made by the court, it may be that the other side cannot afford the sum ordered and enforcement action may need to be taken to recover the money.

THE END OF THE MATTER

If you accept a settlement offer from the other side this will almost always be 'in full and final settlement of any claim' in relation to the disputed matter. This means that the party accepting the offer cannot seek to pursue a claim in relation to that matter again whether in court or through a public body set up to deal with complaints such as the Financial Ombudsman Service.

Through all stages of a dispute parties should keep in mind the possibility of settlement. As dispute resolution solicitors we will advise at all stages on the progress and potential settlement of your case.

In the context of the FCA Review, the offer letters issued by the bank are a form of out of court settlement. So it is worth remembering that the offer letters, if accepted, are the final word on that mis-sale. The offers are made without admission of liability, which means that the bank are not admitting they are wrong or making an apology.

Please note that this article is a non-exhaustive description of some of the factors to be considered when settling a case out of court and is provided free of charge. We can advise you on settlement at all stages of a dispute.