Unpaid Invoices – Can You Sue Scottish Consumers In England?

Unpaid Invoices – Can You Sue Scottish Consumers In England? 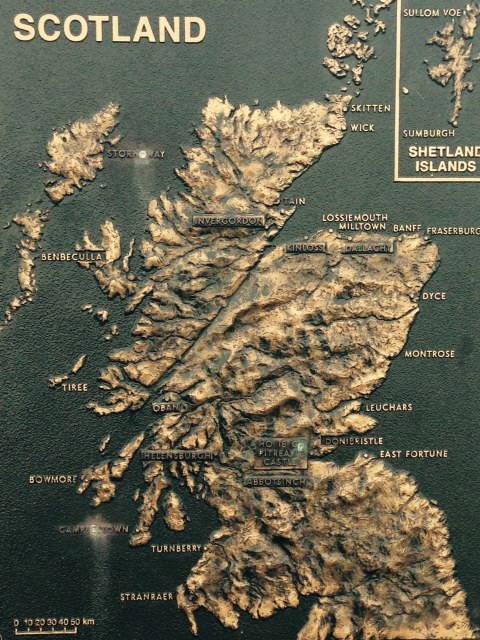 Ms Wood, who was domiciled in Scotland, instructed Hewitsons, a firm of solicitors based in England, to investigate the validity of a will. After Ms Wood failed to pay fees, Hewitsons brought proceedings against her for breach of contract in England.

Ms Wood sought to have the proceedings brought in Scotland. On a first appeal, the Court did not consider that Hewitsons were required to sue Ms Wood in Scotland. Ms Wood appealed again.

Permission for a second appeal will only be granted where the Court of Appeal considers that the appeal has reasonable prospects of success and one of the following criteria is satisfied:

• The appeal would raise an important point of principle or practice.

• There is some other compelling reason for the Court of Appeal to hear it.

THE RULES ON WHERE TO SUE

The Civil Jurisdiction and Judgments Act 1982 (CJJA) sets out the principles for the allocation of jurisdiction within the UK. In particular, Schedule 4 of the CJJA sets out the rules on jurisdiction between the constituent parts of the UK.

"In matters relating to a contract concluded by a person, the consumer, for a purpose which can be regarded as outside his trade or profession, jurisdiction shall be determined by this rule and rules 8 and 9 if ….. (c) in all other cases, the contract has been concluded with a person who pursues commercial or professional activities in the part of the United Kingdom in which the consumer is domiciled or, by any means, directs such activities to that part or to other parts of the United Kingdom including that part, and the contract falls within the scope of such activities."

"Proceedings may be brought against a consumer by the other party to the contract only in the courts of the part of the United Kingdom in which the consumer is domiciled."

The Court of Appeal refused permission for the second appeal. The issue before the Court of Appeal was whether Rule 7(1) of the CJJA was satisfied so as to mean that Rule 8(2) came into play requiring proceedings to be brought in Scotland.

WERE LEGAL SERVICES DIRECTED TO SCOTLAND?

The Court of Appeal held that the question to be decided was whether on the evidence Hewitsons directed activities to Scotland. The Court considered that the test in answering that question was that set out in the case of Peter Pammer v Reederei Karl Schlüter GmbH & Co KG where the European Court had set out a non-exhaustive list of matters capable of constituting evidence from which it might be concluded that a trader’s activity was directed to the member state of a consumer’s domicile.

There was no evidence to show that Hewitsons were directing their activities towards Scotland, as opposed to England. There was nothing to suggest that the nature of the activity was international. There was no mention of itineraries from other member states. The language and currency used was that generally used in England where Hewitsons was established. There was no mention of having the services in any other language or of internet reference services. It seems to the author that had Hewitsons provided a Scottish Gaelic language version of their website then this would have supported the consumer's argument but they did not. Accordingly the judge held that they were not directing their services to Scotland.

At the appeal, Ms Wood submitted that Hewitsons were a member of a large consortium of law firms called “Law Exchange International” in which they described themselves as a leading UK firm serving a national and international clientele. It was further said that they worked with other member firms situated around the world, that they had close relationships with a firm in Scotland and that the firms collaborated and cooperated together. In those circumstances Ms Wood argued that Hewitsons could have easily begun their action in Scotland.

The Appeal Court conceded that Hewitsons could have started their action in Scotland. However, that was a different question from whether they were obliged to raise their action in Scotland. In the Appeal Court’s view the mere fact that a firm was a member of a large consortium of international firms did not suggest that the specific firm was directing its services at other jurisdictions such as Scotland.

Membership of an international grouping was very common and the fact that the links on Hewitsons' website directed people to Scottish firms, rather than Hewitsons, seemed to point away from the conclusion that Hewitsons directed their own activities to Scotland. The Appeal Court concluded that Ms Wood’s appeal did not have a real prospect of success and did not satisfy the test for a second appeal.

This case is interesting because this question does not appear to have arisen before and, in general, there are relatively few cases on allocation of jurisdiction between the constituent parts of the UK under the CJJA. This case has also set out guidance for future cases on similar issues.

If Ms Wood had used an international firm with offices in Scotland then her argument may well have succeeded but since Hewitsons were merely part of an 'international network' it floundered.