MBM Sleep In The Park

On Saturday 8th December 2018 over 25% of MBM’s workforce took part in a nationwide sleep out to end homelessness in Scotland, which was being run in 4 Cities across one night with over 12,000 people taking part.

MBM Commercial is known for their focus on helping entrepreneurial businesses. However, we aim to do more than just help businesses: here at MBM we are absolutely committed to giving back to the community and doing our bit to raise money for worthwhile causes. In 2018 alone, by October our Corporate Social Responsibility programme had seen us raise over £13,000 for two very deserving local charities: the Yard Scotland https://www.theyardscotland.org.uk/ and Maggie’s Edinburgh https://www.maggiescentres.org/our-centres/maggies-edinburgh/. However, when we heard about Sleep In The Park, we knew we had to be a part of it.

Sleep In the Park, organised and run by Social Bite http://social-bite.co.uk/ held its inaugural fund-raising sleepout in Edinburgh last year. Their aims were ambitious: to raise enough money to bring over 800 rough sleepers off the street into mainstream housing, in the largest project of its kind in the UK; to distribute hundreds of thousands of pounds to support a range of charities working with homeless people throughout Scotland; to build a “homeless village” in Edinburgh to pioneer alternative accommodation models – the Social bite Village; to  expand the capacity of the Edinburgh Winter night Shelter to ensure that no-one is forced sleep rough due to insufficient shelter space; engage with the Scottish Government Action Group on Homelessness and to support 3 major academic studies to give a road map to end homelessness in Scotland. In the event, they raised a staggering £4 million, all of which has been ploughed back into these projects.

Fast-forward to 2018 and the goals had become ever more ambitious: to hold 4 sleepouts simultaneously, across Scotland’s 4 major cities – Edinburgh, Glasgow, Aberdeen and Dundee, with over 12,000 participants. However, the core message and goal remained the same – to drive momentum, fundraising and action until homelessness is eradicated in Scotland for good.

As in 2017, the 2018 event was held on our doorstep, in Princes Street Gardens. As a firm, we had long been admirers of Social Bite’s entrepreneurial approach to Corporate Social Responsibility and their passionate determination to effect change; their mission statement is that “we can accelerate the pace of change in Scotland and create the political mandate to end homelessness here. We want to make Scotland an example for the whole world to follow. We’re a small country. A nation of innovators. The statistics of homelessness in Scotland are not insurmountable”.

We just knew we had to take part. Very quickly, we had 11 members of staff, representing more than 25% of our total headcount, signed up and determined to do their bit. We entered as a Corporate Team, meaning we had a somewhat aspirational target of £3000 to raise.

A vigorous programme of fundraising began: we sold scratch cards, held charity football matches, conducted a bake sale and organised an extremely successful fund-raising quiz, held at Akva in Fountainbridge http://www.bodabar.com/akva/ who very kindly donated their venue for free. As the day approached, we crept ever closer to the magical £3k figure. With just days to spare, we reached and surpassed it.

Meantime, preparations for the event itself were underway – local outdoor shops saw a brisk trade in waterproof clothing, sleeping bags and bivvy bags. We were very aware that last year’s event had taken place on the coldest night of the year, in temperatures of -8 degrees and it is fair to say that many of us, if not all of us, were dreading it.

We were very lucky with the weather on the day. However Scotland, and Edinburgh in particular, had seen yellow weather warnings in the 48 hours leading up to the event, with torrential rain and high winds. Miraculously, on the day itself, the rain stopped and the wind died away. Although it was very cold, temperatures hovered above freezing overnight. We were very lucky.

The event was brilliantly organised – groundsheets had been laid across the sleeping areas in Princes Street Gardens with plenty of flat(ish) space for everyone. Orange survival bags were handed out and very soon the sleeping areas became a sea of orange as participants settled in and staked their pitch. There was also entertainment from Lulu, KT Tunstall, Amy MacDonald, Sir Chris Hoy, Fred MacAulay and Irvine Welsh. The parts of the evening that had the greatest impact on us, however, were the speakers who stood up on stage to talk about their own experiences of homelessness, and how they had been helped by Social Bite:

“Sleep in the Park was a hugely humbling experience for me, and it really made me realise the incredible privilege that I undoubtedly take for granted. I found the appearances by people that have been affected by homelessness, and helped by Social Bite, to have a profound effect on me. In particular, the young girl that spoke about being homeless the year before and how Social Bite had changed her life, was something that really struck a chord with me because I found her so relatable, yet her experiences, not at all. My experience sleeping in the park will never compare to someone that actually has to sleep rough every day. Not one person should have to experience that.”

After the bedtime story read by Irvine Welsh, we settled down for the night. Very conscious of the fact that we had rollmats, down sleeping bags, warm and waterproof clothing, and hot drinks (provided free of charge by Social Bite), sleeping nevertheless was a struggle. It was cold, uncomfortable, noisy, with bright overhead lights:  “I was glad to play a small part in supporting the work of social bite.  The lasting impression I have is, strangely not of the cold or any discomfort, but of the noise of the city at night…how anyone sleeps is beyond me”.

Some of us did sleep (I have to confess that although I dozed fitfully, I was actually fast asleep when the helpers came round at 6am to tell us it was time to go home), whilst others did not manage to sleep at all. Yet we were all able to head home to our beds at 6am – and once there, sleep, take hot showers, change into clean clothes, and – in some cases – catch up on the previous night’s Strictly Come Dancing. I know I am not alone in feeling very acutely how lucky I was to be able to do these all of these things:

“I didn’t expect the Sleep Out experience to have such a profound effect on me. It has been on my mind every day since.   I didn’t sleep, I was cold and it was noisy with traffic and sirens going all night.   I think we were pretty fortunate as the temperature was above freezing and it was a dry night.  I can’t begin to imagine how it must feel to know that sleeping rough every night is your only option, at least I got to go home to a warm home and comfy bed. No matter the circumstances that led someone to sleep rough it really shouldn’t be happening.   I take my hat off to the people struggling on the streets of Scotland EVERY night, they have my total respect.”

The experience of taking part in Sleep In The Park has had an intense and very powerful impact on all of us who took part – and to a lesser extent on our colleagues also. Already some of us have set up standing orders for Social Bite, have been into the Social Bite café and along with buying our lunch, have “paid it forward” by buying hot food for their homeless customers, and as a firm we are busy preparing Christmas shoeboxes for Streetwork http://www.streetwork.org.uk/, a local charity supporting the homeless and those at risk of homelessness. For every shoebox filled by a member of staff with gifts to make life on the streets that little bit more bearable, MBM will be donating £15 to buy a sleepbag for a homeless person. Already with a little less than a week to our deadline for delivery to Streetwork, we have over 25 shoeboxes and counting.

And at the time of writing, the Sleep In The Park team have managed to raise an amazing £4000 – which, with GiftAid, equates to a total of over £4500 – over £100 for every single member of the firm.

To find out more about MBM Commercial’s Corporate Social Responsibility programme please contact us on 0131 226 8200. 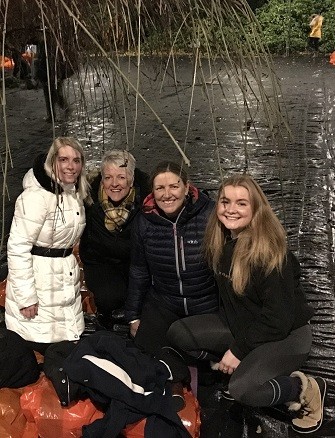 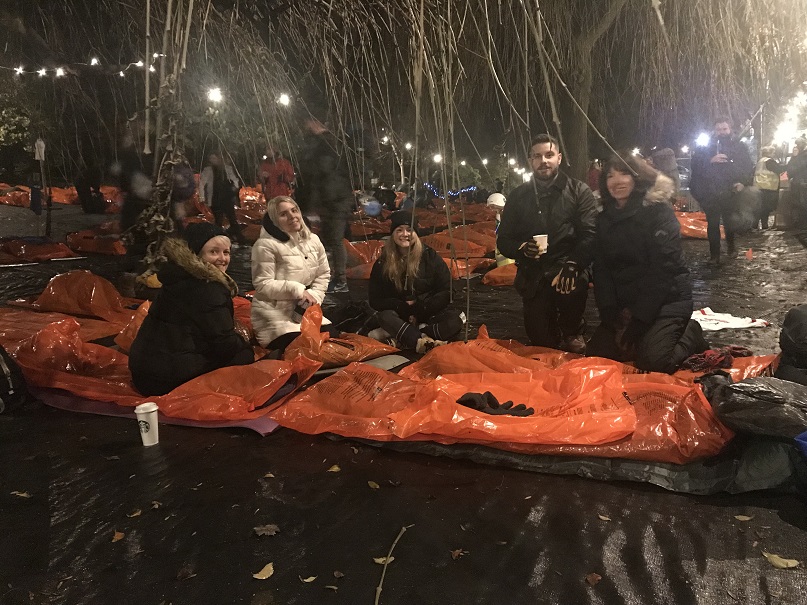 Tweet
MBM Commercial advises Humio Limited on $9m invest...
Thinking of selling to a US buyer?