US firm stalls in bid to recover debts bought from Clydesdale

An American company that bought close to £1 billion of loans from Clydesdale Bank between 2015 and 2016 has failed in a second attempt to bankrupt a Scottish couple in a bid to call in their debt.

The case relates to a loan that Barry and Susan Peart took out in 2007 in order to acquire and refurbish a new house.

Promontoria, an entity owned by US firm Cerebus Capital Management, succeeded Clydesdale Bank as a creditor on that loan when it acquired the portfolio of debt from the bank.

When the firm attempted to recover the debt, however, the couple argued that they had recived a verbal commitment from Clydesdale Bank that it would not seek repayment of the debt until their original home was sold. The property is still on the market.

The Pearts said that as Clydesdale Bank's successor, Promontoria should be bound by the same commitment as the bank.

despite this, Promontoria attempted to sequestrate the Pearts at the end of last year in order to revoer the cash from them, but was prevented from doing so after the couple asked the Court of Session to intervene.

This week the court rejected Promontoria's attempt to appeal that decision, meaning the company will not be able to have Mr and Mrs Peart made bankrupt in order to recoup the debt.

The Pearts' lawyer Cat MacLean, who is acting for a number of other former Clydesdale Bank customers who dispute Promontoria's right to call in their debt, said the decision is a "reasonably helpful shot in the arm to those who are locked in dispute with Promontoria".

“In the Pearts’ case, they say Clydesdale Bank said it wouldn’t take any action until the Old Golf House was sold. They say Promontoria should do the same.”

The decision is something of a setback for Promontoria, which so far has had some success in pursuing debtors it inherited from Clydesdale Bank through the Scottish courts.

In 2016, Edinburgh Sheriff Court ruled in Promontoria’s favour against buy-to-let firm Ballantyne Property Services, whose £1.8 million debt had passed to the firm.

Ballantyne Property Services had wanted the court to rule on whether a Clydesdale Bank employee had made verbal promises that the term of its loans could be extended from five to 20 years, but Sheriff Tom Welsh declined their request.

He said that even if it could be proved that the employee did make statements to that effect it would not “amount to a clear and unambiguous legally binding promise on behalf of the bank”.

“Accordingly, in my opinion, there was no useful purpose to be served by convening a court to establish whether these words were actually uttered,” Sheriff Welsh said.

In a similar decision handed down in Greenock Sheriff Court last August, Sheriff Derek Hamilton noted that as Promontoria was the “heritable creditor” on a range of loans Clydesdale Bank made to buy-to-let business Portico Holdings, the firm had the authority to repossess the related properties in order to recoup the debt when Portico defaulted.

It is possible that Promontoria will seek to appeal the Court of Session’s decision to the UK Supreme Court. It will have to apply to the Court of Session’s Inner House for permission to do this and, if that is refused, it can ask the Supreme Court itself to grant permission. It must make its application within 28 days of the appeal judgment, which was delivered on May 22.

Cerberus did not respond to a request for comment. 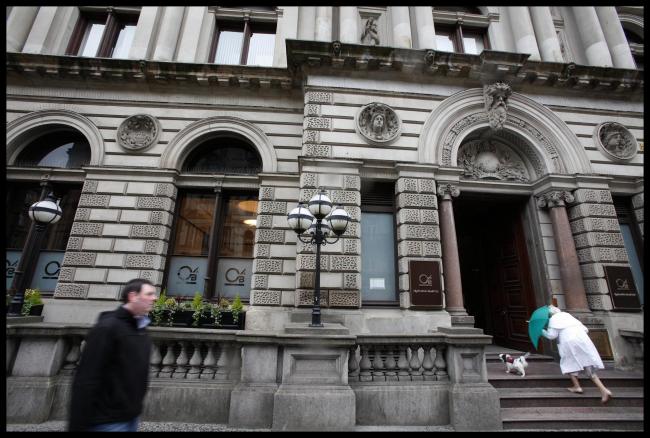