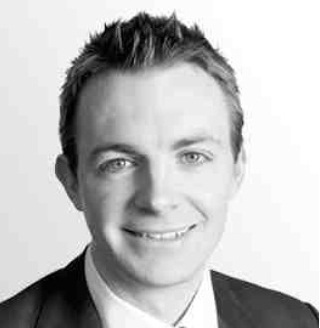 The Late Payment of Commercial Debts (Interest) Act 1998  ("the Act") applies to nearly all contracts between businesses for the supply of goods and services in the UK. The purpose of the legislation is to discourage businesses from delaying payment of invoices.

The Act gives businesses in the UK a statutory right to claim interest of 8% above the the Base Rate (currently 0.5%) for late payments by other businesses. Fixed compensation sums from £40 to £100 are also payable by the debtor in addition to the interest.

The Act's interest rate will be implied into the contract unless the contract already provides a 'substantial remedy' to discourage late payment. The invoice will become late at the end of the credit period stated in the contract. If nothing in there about credit periods then default 30 days applies.

DOES THE ACT APPLY TO INTERNATIONAL CONTRACTS?

While there is no doubt that the Act is applicable to contracts between businesses within the UK (since it applies UK-wide), a question which may vex businesses is whether the Act applies to international business contracts where the parties have chosen Scots law or English law to govern it.

The application to international contracts issue has not been tested in Scotland but a recent case in England gives us an indication of how a Scottish Court would deal with the question.

ENGLISH COURT SAYS THE ACT CAN APPLY TO INTERNATIONAL CONTRACTS

The English Commercial Court handed down a judgement in Martrade Shipping & Transport GmbH v United Enterprises Corporation [2014] EWHC 1884 (Comm) in which they decided that while the Act did not apply to the specific international contract in question, the Act would apply to international contracts governed by English law:

2. If the contract would be governed by English law, ignoring the English choice of law clause.  ("but for that choice test")

The Judge flagged up that significant factors would be needed to justify imposing penal rates of interest (provided by the Act i.e. 8.5%) on a party to an international commercial contract. Whether the factors will be considered significant is a question of fact and degree in each case.

The Judge helpfully provided some examples of factors which may satisfy the "significant connection test". I have summarised these examples below:

(1) Where the place of performance of obligations under the contract (or other obligations) is in England.

(2) Where the nationality of the parties or one of them is English.

(3) Where the parties are carrying on some relevant part of their business in England.

(4) Where the economic consequences of the delay in payment of debts may be felt in the UK.

BUT FOR THAT CHOICE TEST

The 'but for that choice test' requires the Court to ask what would the law of the contract be if it is assumed there is no choice of law clause.

To do that, the Judge advised that the Contracts (Applicable Law) Act 1990 would need to be considered and Article 4(2) says the following:

"...if the contract is entered into in the course of that party's trade or profession [the party performing the contract i.e. supplying a ship], that country shall be the country in which the principal place of business is situated or..."

In Martrade Shipping, the principal place of business of the ship owner was probably Greece but certainly not England. Accordingly since in the absence of a choice of law clause stipulating English law, it would have been a non-English law (probably Greek law) that would apply then the 'but for that choice test' was not satisfied.

Although the decision is not binding in Scotland it is likely to be of persuasive value to the Scottish Courts. The writer would expect the Scottish Judges to adopt a similar approach to the English Judge when considering the application of the Act to international contracts governed by Scots (or English) law.

If we assume that the English approach is adopted then parties to a contract governed by Scots law will not be able to apply the Act for late payment interest unless the Court is satisfied that there is a "significant connection" between the parties or the transaction and Scotland, for example, the contract is to be performed in Scotland or one/both parties are Scottish etc.

Moreover the Martrade Shipping case shows that the test for application of the Act is a relatively high one which should reassure international business people choosing English or Scots law that they need not worry about UK late payment interest (currently 8.5%) applying to any any debts arising from the contract unless there is a significant connection to the UK.