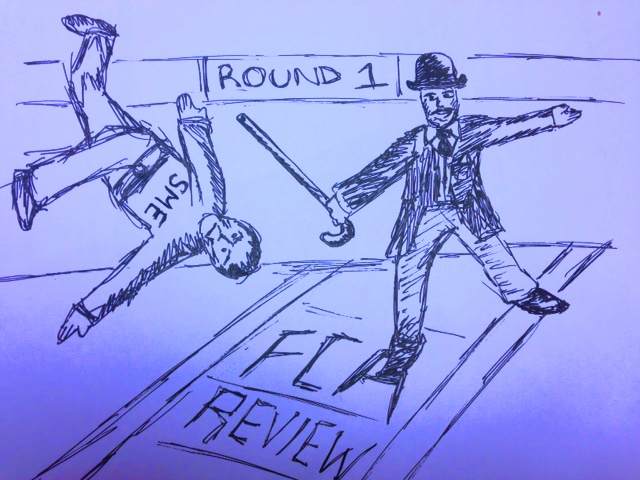 On Monday 14 October 2013, BBC1 screened a Panorama special on the swap mis-selling scandal. It was eagerly anticipated by the huge number of affected businesses across the UK including a number of our SME clients. The programme explained how an interest rate works and used funny examples of the presenter being forced to buy a parrot when he bought a suit from a shop or coming out of a suit shop in a frock to explain unsuitability. However it also showed the serious side of the swaps scandal; the devastating far-reaching effects of these products on the affected business and the detrimental impact on business owners' health.

One of the things that Panorama highlighted in their programme (using the parrot with a suit analogy) was that in the majority of swap sales, the customer had no choice but to take out a hedging product as it was a condition precedent of the loan; no swap meant no loan funding or no renewal of the existing loan facility.

What is a condition precedent?

A condition precedent is a clause in a contract that requires a certain event to occur (for example, take out a hedging product) on one party before the other party will be required to perform their part of the bargain. In the context of loan agreements, borrowers will often have to satisfy a condition precedent before they can request drawdown of the loan funds from the bank.

If the funds have already been drawn down and the condition precedent has not been satisfied then the bank may threaten to demand immediate repayment of the loan funds for breach of the loan agreement assuming their small print overcomes any waiver argument that a borrower could throw at them. What the bank can legitimately threaten will ultimately depend on the terms of the individual loan agreement.

Condition precedents are not unlawful. It is up to banks to decide what conditions they wish borrowers to meet before providing them with the funds. If the borrower does not like the condition then it can, at least in theory, go to another bank that may have more favourable lending terms. It is sometimes argued that a borrower could have negotiated away the condition precedent but the reality is that the unequal bargaining power between bank and borrower means that invariably there is no negotiation whatsoever.

Does a condition precedent requiring the customer to enter into an interest rate hedging product strengthen the customer’s mis-selling claim?

The short answer is NO!

Some viewers may have got the impression from the Panorama programme on Monday that a mis-selling claim is strengthened if the swap was a precondition of the loan. That is unsurprising because effectively forcing a business to take out a swap by making it a condition of the loan seems very unfair. It is arguably more unfair than mis-selling a swap to a business by emphasising the benefits and failing to advise of the risks.

Unfortunately the legal position could not be more different. The requirement to hedge as a condition of the lending makes it a lot harder for a borrower to bring a successful claim, both under the FCA Review Scheme and litigation. The bank will argue that it has merely made hedging a condition precedent of an unregulated commercial loan that hedging is taken out and it is a commercial decision for the borrower to make as to whether to take it or leave it. If the borrower chooses to take the funding then it agrees to the commercial terms and conditions imposed by the bank.

It should be noted that when the condition precedent is agreed, the borrower is in the icy and legally unforgiving unregulated waters of the sales process. Until the borrower reaches the sales presentation when advice may have been given and a specific hedging product recommended the FCA's rules will in most cases not have been engaged so that there is no s.150 claim and no rules broken in the context of the FCA Review. There are PRIN rules that may extend to the earlier loan stage but a breach does not give the borrower a s.150 claim although the FCA is empowered to fine the bank.

So does this mean that it is the end of the road for any mis-selling claims where the swap was a condition precedent?

Not necessarily. While the swap being a condition of the loan will make bringing a successful FCA Review Scheme claim more challenging, it may not be fatal to recovering compensation.

The existence of a condition precedent is important because causation is a big issue in the FCA Review and litigation. It essentially boils down to this: if correct advice had been given by the bank, would this have made a difference? Would the SME have still taken out the swap?

Of course, there is still the question of which hedging product was suitable. Many SMEs may argue that the most suitable product (‘best of a bad bunch’) was the Cap product but they were sold a swap or a more complex product and should be compensated for the difference between the cost of the two products. Whereas a borrower with no condition precedent will have much greater scope to say they would never have entered into a hedging product at all.

The condition precedent in most lending agreements usually is something along the lines of this:

“The Bank shall not be obliged to make the Loan available unless the following conditions are satisfied on the date on which the Loan is drawn:

It is rarely specified which specific hedging product and for what duration or amount the business has to enter into. It follows that there is scope to argue that the Bank recommended a specific swap at the presentation stage of the sales process to the clients and failed to comply with a number of the FCA’s COB Rules by not satisfying itself that the specific swap recommended by the Bank was suitable for the business compared to another hedging product or in terms of the length or % of the loan that was hedged.