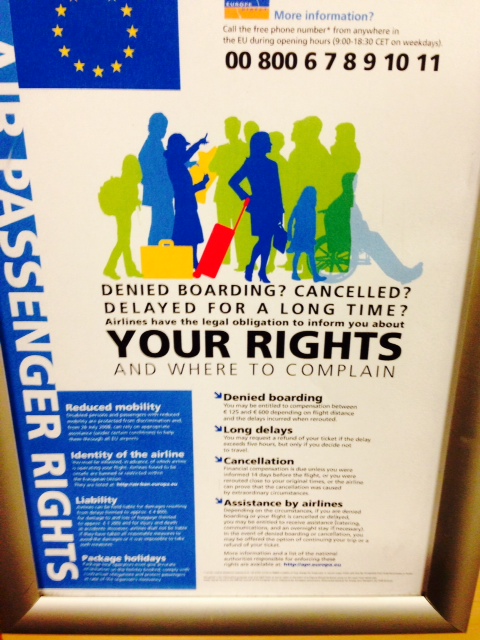 It has been reported in the UK media that 2 million air passengers a year have their flight delayed due to technical faults. These air passengers could now be entitled to compensation after appeals by the airlines were refused by the UK Supreme Court. The media have reported that the airline industry is now bracing itself to pay out £3.89 billion pounds  to air passengers' historic claims.

The legal issue in the Jet 2.com appeal was whether an unforeseeable technical problem resulting in a delayed flight amounts to "extraordinary circumstances" under Regulation (EC) No. 261/2004. A detailed analysis of the case can be found in this blog post.

The position relating to whether a technical problem was an extraordinary circumstance had already been clarified in the Scottish unreported case of Weir & Barry v Ryanair Ltd, January 2014, where the Sheriff Principal held that a technical fault was not an "extraordinary circumstance". This pro-air passenger judgement mirrors the decision reached by the English Court of Appeal in Jet2.com.

It should be noted that the limitation issue had already been determined in favour of the air passenger in Scotland following the Sheriff Principals' judgementsin Vergara v Ryanair Ltd and Weir & Barry v Ryanair Ltd. An interesting moot point which was not determined in the case was whether in Scotland claims can be made as far back as 2005 since EU compensation may fall within the 20 year claim period under Scottish law (rather than the alternative which would be 5 years).

A panel of three Supreme Court Justices reviewed the relevant written submissions by the airlines and concluded that there was no arguable point of law in Thomson and no point of law of general public importance in Jet2.com. Accordingly, the Supreme Court declined to hear either airline's appeal and the Court of Appeal judgment in each case stands

There are many flight delay compensation cases in English County Courts which have been frozen (stayed) or were about to be frozen pending the appeal decisions . The author understands airlines were also attempting to freeze (sist) Scottish Sheriff Court flight delay cases on the same basis despite the UK Supreme Court's decisions in these cases not being binding on Scottish Courts.

The consequences of the UK Supreme Court's decision means that a significant number of frozen cases are now going to thaw out. Furthermore many cases which airlines were going to try and freeze will now have a safe passage to a final hearing on the merits in an air passenger friendly legal landscape.