Is your swap claim time-barred?

Is your swap claim time-barred? 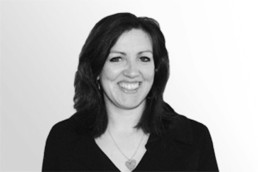 IS YOUR SWAP CLAIM TIME-BARRED?

If you have a claim for misselling of a swap or derlivative product, and you meet the eligibility criteria for the FSA review, you should be able to participate in the review process so long as your swap was entered into on or after 1st December 2001.

However, quite separately from the time limits in the review process is the question of whether or not you are within time to raise court proceedings.  Why would you want to do so if you can participate in the review process? It is important to know whether or not the possibility of litigation can form part of a Plan B so that you are not wholly dependent upon the whim of your bank when it comes to deciding whether or not to compensate you – after all, the party making this decision is the very party who missold you in the first place! It is important also to be aware that currently there is no appeal process in place within the FSA review process so you are unable to challenge the bank’s decision if it goes against you.

If you have the option to raise proceedings, you should considering doing so, at the very least to keep your options open and to increase your negotiating leverage. In particular, if you are anywhere close to the court deadline for raising proceedings you absolutely should do so in order to preserve your position. You are in a much weaker position in the FSA process if your claim has time-barred because the bank will then be aware that you have no alternative available.

You may have a claim for misselling either in England or in Scotland. Much depends on the wording of your swap documentation: you may be in Scotland, with borrowing arranged in Scotland over Scottish property from a Scottish bank, only to discover that the contract documents provide for the jurisdiction being England.

In Scots law, a claim for both breach of contract or delict  requires to be raised within 5 years of the “appropriate date” which is generally the point at which there has been a concurrence of  (i) wrong and  (ii) loss, injury or damage having occurred.

It is important to understand that the law on timebar means that after the prescribed period, the right to sue is entirely extinguished. After the 5 year period has expired you cannot ask the court to exercise any discretion to allow a claim to proceed.

In calculating the 5 year period, time starts running from the point at which there has been a concurrence of  (i) wrong and  (ii) loss, injury or damage BUT the start of the 5 year period may be delayed if you did not know, and could not reasonably have known of the loss and the wrong which caused the loss.

It is for the party who seeks to argue that time should start running from a later date to prove why it was reasonable for them to be ignorant of their potential claim until the later date. The test is an  objective one so it is not enough to claim that as a matter of fact you were not aware of a loss caused by a wrong until a later date. What you need to show is that, if you had acted reasonably, you ought to have been aware of such a loss caused by a wrong.

There is a further possible exception to the general rule. If the bank clearly acted fraudulently, then the clock does not start during that period of time.  However, it is important to note that proving a positive intent to defraud is very difficult and the test is very hard to satisfy.

When did the wrong occur?

In swap miselling claims, it is likely that the wrong will be regarded as having occurred at the point in time at which discussions took place with representatives from the bank’s Treasury Department. Even if a trade was not entered into until some time later, the wrong, namely the misselling to the customer, has already taken place once the discussion has gone ahead. Additionally, if an ISDA master agreement has been entered into, possibly even before Treasury discussions, to be on the safe side, the wrong should be regarded as having taken place when the ISDA Master Agreement was entered into.

What about the date of loss?

This can be more difficult to establish. Generally the loss will be said to have occurred when  an actual loss has been sustained. This may relate to the incurring of breakage charges, if these have been paid by the customer. Where breakage charges have not actually been incurred, the loss will usually be said to be the payments taken under the swap agreement, which may have commenced immediately upon entering into the swap, or may have commenced at a later date.

So in relation to any contractual claim, the deadline would be 6 years from the date on which the first sale discussions took place on any prospective sale of a swap, or the date on which any ISDA Master Agreement was entered into, if earlier.

In actions under tort, such as negligent advice or negligent misrepresentation, the clock would start running from the date of the loss. This is also likely to be the case in relation to any claim which might be advanced under the English Misrepresentation Act 1967.

There is a possible extension under English law if the allegation relates specifically to negligence and the customer has suffered  what is described as “latent damage”. In this situation English law allows for a 3 year period to run from a “date of awareness” It should be emphasised that this is very much a last resort as it is often difficult to prove – and will only apply to a limited number of claims, excluding any contractual claims.

In England there exists a similar safeguard to Scotland that where fraud has occurred then the clock does not start running until the fraud is discovered, or could reasonably have been discovered by the customer.

It’s a bit of a minefield! As I’ve tried to show, issues of timebar are closely inter-connected with the kind of claim you might decide to advance and so it is really important to know what the technical legal basis of your claim is. Are you claiming that the bank were in breach of contract? Or that they gave you negligent advice? Depending on the way you formulate the claim, the results may be different in terms of the deadline which would apply to your claim. Additionally, you need to look very carefully at ALL of your swap documentation and check whether you have ever signed an ISDA Master Agreement or whether you have any other written documentation from the bank. Regardless of where you/your company/your property/your bank may be situated, the contract documentation may very often provide the answer as to whether your claim needs to be brought in Scotland or England – and that in turn dictates the deadline which may apply to you.

We would strongly advise anyone considering advancing a swap misselling claim to consult professional advisors and to get the best possible assistance with their claim – especially when it comes to assessing whether or not your claim may be due to timebar imminently.

Please do not hesitate to contact me if you would like to discuss any of the issues in this article.