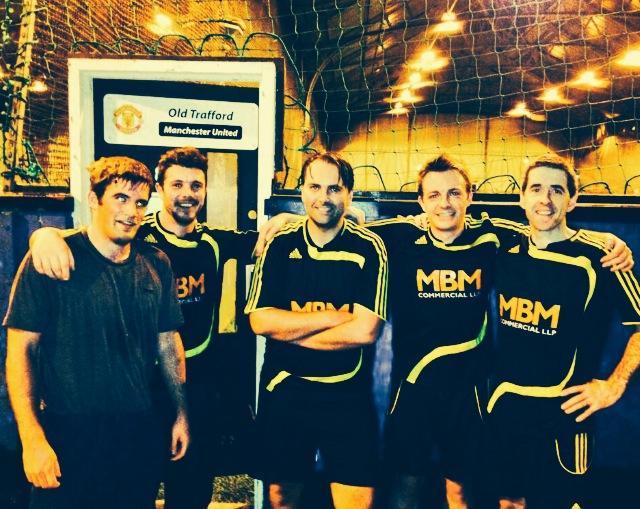 “...in ony contract or obligatioun, in name of pane, may not be askit be ony person, bot in sa far  as he is interestit, hurt or skaithit” [Old Scots]

In football when a player falls innocuously in the box, that player’s team’s fans will often scream ‘It’s a penalty!’ even if perhaps the player simply fell over the ball and there was no infringement by an opposing player.

In business, when a clause that imposes a payment obligation on one party on an event occurring, then it will often prompt the same knee-jerk response from that party obliged to make the payment (invariably a substantial payment). However the cry from the aggrieved business and their professional advisers will differ slightly from the football fans as the scream will be: “It’s a penalty clause!”.

What is a Penalty Clause?

Before squealing that the clause is a penalty, the aggrieved business should take the time to consider whether the clause meets the legal test before spending considerable sums on legal fees in any protracted dispute with the other side over the enforceability of the clause in question.

What is a penalty clause? It is a clause in a contract that provides for a money payment if one party fails to perform a specific obligation and breaches the contract.

Penalty clauses are helpful because they encourage performance of the contract and minimise uncertainty. However the law will step in when a penalty clause is disproportionate to the actual loss suffered by the innocent party and declare the clause to be unenforceable. The Courts are reluctant to intervene in a commercial contract but will do so to prevent one party from using a clause to punish the other.

The famous case of Clydebank Engineering and Shipbuilding Co Ltd v Don Jose Ramos Yzquierdo y Castaneda (1904) 7 F. (H.L.) 77, arose out of Spain’s efforts to prevent Cuba gaining independence. They had ordered four torpedo boats from a Scottish shipyard but the boats were delivered late. The penalty clause of £500 for each week a boat was delayed was held to be enforceable.

It is possible that had the boats been delivered then Cuba’s rebellion to become independent would have been crushed. Instead, in the boats absence Cuba ultimately became independent. The Court made the point that it would be difficult to prove the losses due to the delay of the boats and this emphasised the value of the penalty clause.

The Clydebank case was important as it introduced the concept that a clause is a penalty if the amount payable is not a genuine pre-estimate of loss. However this raised the new problem of the difficulty in predicting what a genuine pre-estimate of loss would be. For example, the loss to a government of boats which could have prevented a colony becoming independent cannot be calculated in advance.

The leading case of Dunlop Pneumatic Tyre Co Ltd v New Garage and Motor Co Ltd, 1915 AC 79, summarised the law on penalty clauses in both Scotland and England as being the following:

It may be helpful to ask the two questions below to assist with determining whether the clause is a penalty:

1. Is the clause brought into operation by a breach of contract?

2. If so, does the clause have the hallmarks of a penalty clause (see above) and is the sum of money payable a genuine pre-estimate of loss?

In summary the test is that a sum payable on breach is a penalty clause where it does not constitute a genuine pre-estimate of the loss likely to be suffered as a result of the relevant breach of contract, but is instead unconscionable in respect that it is designed to operate in terrorem, or oppressively or punitively.

Unfortunately there are two main problems with penalty clauses that has prompted concern that the current law needs to be reformed by legislation. The first problem is that some clauses which are not unreasonable and oppressive may be caught as a penalty clause and rendered unenforceable because they fall marginally outwith what is considered a genuine pre-estimate of loss.

However the English case of Lordsvale Finance v Bank of Zambia [1996] QB 752, alleviated this problem to some extent by introducing a new test that even if the clause was not a genuine pre-estimate of the loss suffered then it would not be classed as a penalty clause so long as there was ‘commercial justification’ and its principal aim was not deterrence against a breach of contract. A recent attempt to use the ‘commercial justification’ argument was made in the recent English case of Makdessi v Cavendish Square Holdings BV, [2013] EWCA Civ 1540, but the clause was held to be a penalty clause largely because its main purpose was to deter a breach of contract.

The second problem is that some clauses which are oppressive and unreasonable may escape being held to be a penalty clause because they are drafted in such a way as not to arise on a breach of contract, for example, when a contract is terminated early under its terms.

A good illustration of this problem arose in Mercantile Credit Co Ltd v MacLachlan where a hirer who exercised an option to terminate his contract early resulted in the law on penalty clauses being held inapplicable. The irony being that a less responsible individual who fails to pay any instalments and forces the finance company to take action may escape by the application of the law on penalty clauses.

Recently in England, keeping with the football theme of the blog post, Blackburn Rovers’ former manager, Henning Berg, got into a dispute with his former club which centred around whether an early termination clause in Mr Berg’s contract that entitled him to payment of the balance of his 3 year contract was a penalty clause. The Court held that the law on penalty clauses did not apply as the exit payment did not arise or become payable upon a breach of a contract.

So before crying foul over a clause imposing payment due to the occurrence of an event, it is sensible to check the test above to avoid unnecessary time and expense being spent on an ultimately fruitless litigation. It should be borne in mind that most clauses provided for accelerated payments are perfectly reasonable from a legal perspective even if such clauses are penal in practice; for example, where the whole sum is immediately payable if one instalment is late.

In only very rare cases will a payment clause amount to a grossly excessive penalty and the words of Lord Hodge in Patersons of Greenoakhill Limited v Biffa Waste Services Limited [2013] CSOH 18 should be heeded before marching into Court to have a clause struck down as a penalty: “The court should not be astute to descry a penalty clause and thus interfere in freely negotiated commercial contracts”.

We have expertise in contractual disputes and have successfully recovered damages in numerous commercial disputes in the Sheriff Courts and the Court of Session.

If you have a commercial contract dispute then we may be able to provide you with the necessary legal assistance to seek recovery of your losses. Please feel free to call a solicitor in our Dispute Resolution Team on 0131 226 8200.