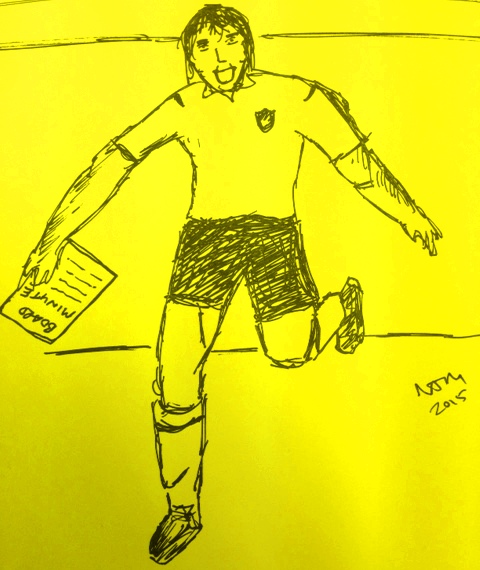 The recent Court of Session case of Nixon v Livingston Football Club Limited (“LFC”) [2015] CSOH 43, concerned whether there was an agreement that £215,367.48 loaned by a former director Mr Nixon (and companies under his control) to LFC was only repayable until the football club was able to repay.

The Defender, LFC, argued that a verbal agreement was reached that the directors’ loans were not repayable on demand at a board meeting on 16 September 2010. A meeting minute on Mr McDougall’s laptop, who was another director of the LFC, contained the following:

“All other investment will be regarded as directors loans to Livingston FC with an agreement that any loans will not be repaid on demand.

NR to ensure above is actioned within next week.”

Mr McDougall could not remember the meeting on 16 September 2010 (“the meeting”) but confirmed that he had taken the minutes and that they would be an accurate account of what had been said at the meeting. There was no agreement in writing.

The judge did not find any of the witnesses (Mr Nixon, Mr McDougall, Mr Wilson and Mr Rankine) to be impressive and noted that Mr Nixon’s recollection of events was vague. He did accept that Mr Nixon had expressed concerns by September 2010 about the possibility of his fellow director, Mr Rankine, withdrawing his investment.

The judge also did not find any of the witnesses to be wholly credible or reliable. However he decided that an agreement was reached on 16 September 2010 and that the loans made by the four investors/directors, including Mr Nixon, were not to be repayable on demand but only when the company could afford to repay them.

Lord Tyre decided that Mr Nixon had accordingly failed to prove that he was entitled to repayment on demand of the sums loaned to LFC by him or by companies under his control. The judge appears to have taken into account the following factors in reaching his decision:

1. When most of the monies were paid by the investors/directors to LFC before September 2010, they expected to receive shares in return so they would not consider themselves entitled to receive the monies back on demand.

2. The minute of the meeting on 16 September 2010 was an accurate record of what was agreed at the meeting.

3. The reference to “NR to ensure above is actioned” referred to resolutions rather than repayment of the loans.

4. Mr Nixon expressed concern in September 2010 that Mr Rankine would withdraw his funding which is consistent with a desire that the loans should not be repayable on demand.

5. Although other directors were subsequently repaid loans that were made to LFC after Mr Nixon’s departure, there was nothing in the investors’ agreement about priority of repayment over other lenders to LFC.

6. A loan that is not repayable until the borrower can afford to repay may be considered in certain contexts as uncommercial and improbable but where football clubs are concerned this may not be the case since the primary motivation is unlikely to be making a profit on the investment but to support the club and to participate in the control of the club.

This case highlights the need to have a formal written document signed by parties in relation to any loan which specifically sets out the terms relating to repayment of the loan. If the parties in this case had done so then this litigation may very well not have arisen.

LFC’s witnesses’ evidence was consistent with the minute of the board meeting and this was of some significance in the outcome. The decision illustrates the importance of contemporaneous documents (i.e. documents made at or around the time of the alleged event) and the prudence of taking notes or formal minutes at meetings since they can carry considerable weight in Court. Often documents written well before there was any hint of a dispute can throw a very clear light on the parties’ knowledge and intentions at a specific time.

It should also be noted that where a football club is the debtor then any alleged agreement of repayment terms with the creditor that would normally be regarded as uncommercial may be considered more likely to have happened.