Like A Phoenix From The Flames: Is A Phoenix Company Illegal?

Like A Phoenix From The Flames: Is A Phoenix Company Illegal? 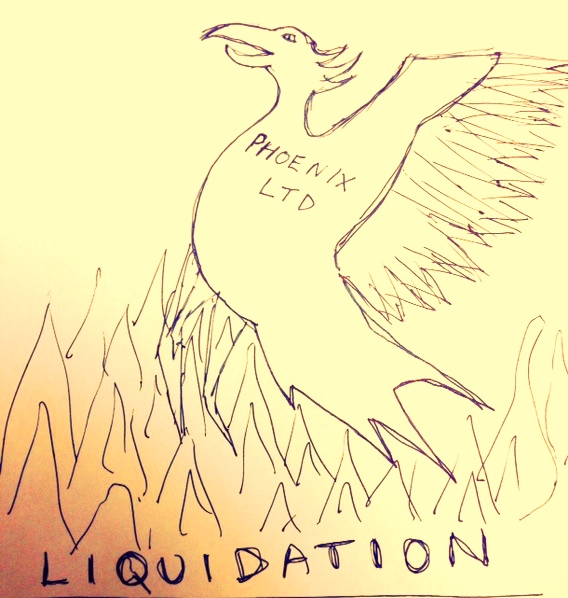 It is frustrating for creditors when a debtor company goes bust and there are insufficient assets for the liquidator to pay even a modest dividend to them. A common scenario for exasperated creditors is the 'phoenix' company.

Furthermore the phoenix company scenario unfortunately rubs salt into the wounds of the creditors as the new company may be very similar to the old company: similar name, similar trades, same directors/shareholders, same trading address or geographic location.

IS A PHOENIX COMPANY ILLEGAL?

Many creditors feel they have been treated unfairly and think that the behaviour of the directors in transferring the assets from the debtor company to the new company must be illegal. While there are regrettably directors that successively allow companies to run down to the point of  insolvency, it should be kept in mind that many directors of insolvent companies may simply have encountered trading difficulties. These directors may honestly wish to make a go of it and require the goodwill of the debtor company to do that.

So is it illegal? Well, that depends on what the directors do. If a director uses the old debtor company's name (or a similar name) and business without obtaining approval from the Court then a criminal offence has been committed (s. 216 of Insolvency Act 1986) and the director may then be found personally liable for all the debts of the phoenix company for the time when the director was involved in the management (either directly or indirectly) of the phoenix company (s.217 of the Insolvency Act 1986).

It also depends if the director or directors can bring themselves within one of the exceptions outlined below:

There are three exceptions to the ban on directors using the old company's name (or a similar name which indicates an association) which are set out below:

1) If all or a substantial amount of the insolvent old company has been bought or will be bought by the phoenix company from the liquidator and the creditors of the insolvent companyhave received notice within 28 days of the completion of these arrangements.

2) If a director has applied to the Court for approval to use the old company's name (or a similar name which indicates an association) then can act as a director for the phoenix company for maxiumum of 6 weeks from the date of liquidation to the date the Court makes its decision on the application.

A difficulty that arises is that in many cases the old company does not go into liquidation, it is just struck off the Register of Companies so no formal liquidation occurs i.e. no liquidator is appointed so the provisions in the Insolvency Act directed at phoenix companies (s.216 and s.217) are unable to be invoked.

It is also clear from relatively recent legal authorities, as is often the position with any legal case, that whether the relevant sections of the Insolvency Act 1986 bite for creditors will depend on the specific facts and circumstances arising in the case.