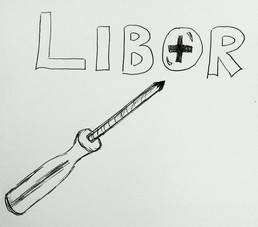 Yesterday saw the High Court allowing Barclays leave to appeal a decision that allowed  Graisley Properties Ltd (“Graisley” also referred to as Guardian Care Homes in the media) to include allegations of fraudulent misrepresentation against Barclays on the basis of the Libor rigging scandal.

As previously reported in this blog, in 2007/2008 Graisley raised an action against Barclays in relation to mis-sold interest rate hedging products.

In October last year Graisley applied to the court to allow their pleadings to be amended to include allegations that "implied representations" made by Barclays were false and fraudulent in light of the Libor rigging scandal.  Following on from the amendment in Graisley a similar amendment was sought in the case of Deutsche Bank AG & Ors v Unitech Global & Ors. Unitech also sought leave to amend their pleadings to include very similar allegations in relation to Libor rigging against Deutsche Bank.

However, in the Unitech case Mr. Justice Cooke held that Unitech could not amend their pleadings and in a rather cyclical turn of events Barclays are now appealing the decision to allow the amendments in Graisley.

In the Graisley and Unitech cases the question was whether allegations that the bank made “implied representations” in respect of Libor have any reasonable prospect of success.

In deciding to allow the amendments in Graisley Mr. Justice Flaux said:

“Clearly, in terms of whether there is a real prospect of success, it is fully arguable that these representations were implicitly made to the claimants before they entered the various agreements.”

On the other hand, Mr Justice Cooke states in Unitech:

“I am unable to see how, on the basis of the two factors relied on by UGL and Unitech, any such representation could be spelt out.”

The two rulings are clearly opposed and seem to come down to the application of the legal test for determining whether or not an implied representation has been made.   The legal test considers what a reasonable person would have thought was being implicitly represented by a representor’s words or conduct.  Mr. Justice Cooke notes in his judgement that it is unclear from the judgement in Graisley how Mr. Justice Flaux applied this test.  Conversely, in his judgment Mr. Justice Cooke discusses the test at some length, noting:

“It is plain in my judgment, that linking a payment obligation to a Libor rate cannot be enough to give rise to a representation about how that Libor rate was, is, or will be, compiled...”

It will now be for the Court of Appeal to decide the whether the amendments can be pursued in Graisley. The trial, previously set down for later this year, will now be heard in April 2014 pending the outcome of the appeal.

It is worth bearing in mind that the two cases, although very similar, do differ and, as noted  by Mr. Justice Cooke in Unitech each case turns upon its facts.  Mr. Justice Cooke also acknowledges that, although the existing pleas in Unitech did not meet the required test, there may be room for Unitech to seek to include arguments in relation to Libor rigging again, but on a different basis. So when it comes to allegations about Libor rigging in swap cases, it may not be game over just yet.

Tweet
LBTT: The Scottish Alternative to Stamp Duty Land ...
FCA To Interpret Its Rules In A Swap Mis-selling A...