Mis-sold a Swap? Time to check your jurisdiction and governing law clauses!

Mis-sold a Swap? Time to check your jurisdiction and governing law clauses! 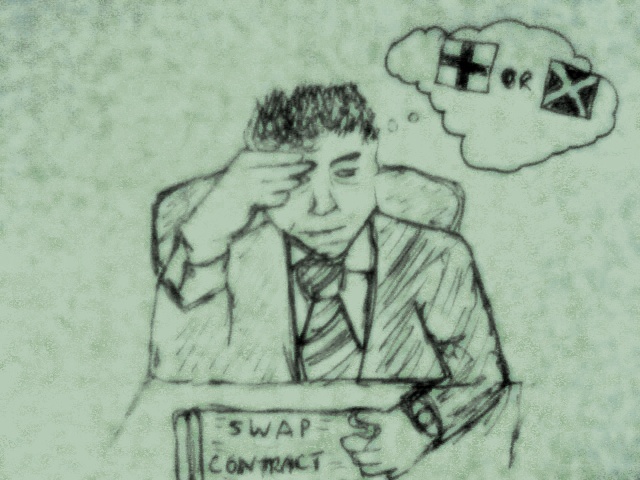 If you are one of the many small businesses currently stuck with an interest rate swap agreement (“swap”) mis-sold by your bank some years ago often as a condition of loan funds being approved then you are probably considering what legal options are available to you.

However before deciding whether to take legal action, you need to know the legal jurisdiction and governing law of both your loan agreement and your swap agreement.

Unfortunately we are encountering an increasing number of mis-sold borrowers who have assumed that their home jurisdiction applies when the small print of their loan agreement or interest rate swap agreement says otherwise.For example, many Scottish borrowers may have assumed that when they entered into swap, it would be governed by Scottish law and any dispute would need to be determined in a Scottish Court.

It is somewhat startling for many borrowers to subsequently discover that while their loan agreement is under Scots law, the swap they have entered into contains an English jurisdiction and governing law clause. Suddenly, these borrowers now need to consider raising court proceedings in England with the additional cost and inconvenience this may entail.

In addition, due to the majority of online swap mis-selling material making reference to English timebar, there are Scottish borrowers who have been researching the issue online and been given the impression that 6 years is also the Scottish timebar limit so have decided not to raise any court proceedings for the timebeing but may be inadvertently losing their right to claim in Scotland.

However it should also be made clear that not every swap may have stated a jurisdiction or governing law clause in the Confirmation of Trade. It is also possible that no ISDA Master Agreement was entered into. In this scenario, arguably the law should be Scottish if the related loan agreement is governed by Scots law (among other factors) which show Scots law has the “closest connection” to the contract under the Rome Convention (pre-2009 contracts/delict) and Rome I (post-2009 contracts)/Rome II (post-2009 delict).

However if the swap does not specifically have a jurisidiction or governing law clause then it may be that parties have either entered into an an standard ISDA ("International Securities and Derivatives Association") Master Agreement before or after the Confirmation of Trade. The ISDA Master Agreement will usually state that the governing law or jurisdiction will usually be English or New York law. It should be noted that it is possible that the Schedule to the ISDA Master Agreement may specify another jurisdiction such as Scotland but in nearly every ISDA we have seen it has been England.

If there is a jurisdiction or governing law clause in any swap agreement then it will usually trump the ISDA Master Agreement but the exact terms of the ISDA will need to be considered to confirm the position.

It should be remembered that if English or New York law governs the agreement, the laws of other jurisdictions such as Scotland will continue to be relevant. For example, the effect of the insolvency of one of the parties will be determined y the law of the jurisdiction where the insolvency proceedings are raised. Also if there is a dispute about the corporate capacity of a party to enter into the agreement then this will be determined by the law of the jurisdiction of that party.

Why does it matter which Courts and law governs a swap agreement? The reason it matters is that in Scotland you have 5 years to make a breach of contract claim from the time you were mis-sold (specifically the date when you suffered loss flowing from the wrongful act) while in England you have 6 years from the date the wrongful mis-selling occurred. Many of these swaps were taken out in 2006 or 2007 which means the additional year to claim that English law provides is significant as there may be borrowers whose claim would currently be extinguished in Scotland but is still alive if raised in England.

Of course, there are other potential legal remedies for mis-selling aside from just breach of contract. Does the jurisdiction and governing law govern these remedies too? Well it very much depends on the wording of the clause. If it has been drafted in a broad manner then it is likely non-contractual remedies relating to the contract like misrepresentation will be covered by the law stated in the jurisdiction clause. If the clause has a narrower wording such as “claims arising under the contract” then it would seem there would be room to argue that a delictual claim of negligent misrepresentation could be raised in Scotland (if not timebarred) despite the jurisdiction clause being English. The borrower may simply decide to pursue the claim in England via a contractual misrepresentation claim under the Misrepresentation Act 1967 or a claim under the tort of deceit if the misrepresentation was fraudulent. It should also be borne in mind that the 6 year clock does not start to run on an English tort claim until the loss has been suffered rather than contract which is the date of the breach.

Many borrowers who entered into tailored business loans (“TBLs”), which had embedded swaps, may assume that their TBLs are governed by Scots law (and most of them are). However we have seen terms and conditions of some of these tailored business loans which state that the jurisdiction and governing law is English law. If the law and jurisdiction is English then it may be advantageous to many Scottish borrowers who would otherwise be timebarred in Scotland given that 5 years may have passed since their initial loss from the mis-sold swap but suddenly find they have 6 years from the act of mis-selling to claim in an English Court.