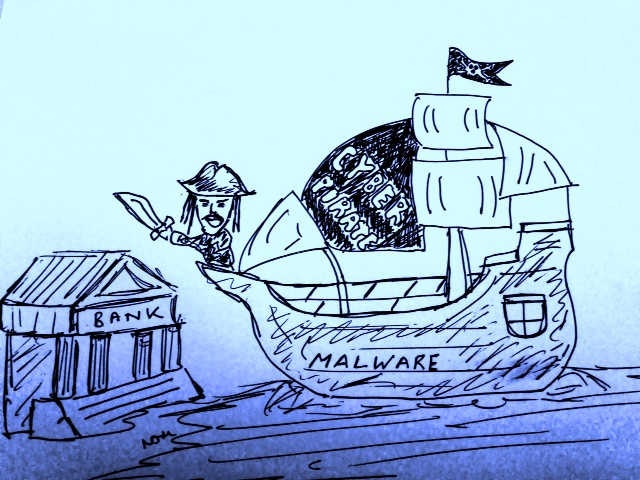 It is startling that while the annual losses in the UK to online banking fraud in 2012 amounted to £39.6 million, there are so few reported litigation cases. The lack of cases may be explained because many of the businesses targeted may be eligible to complain to the Financial Ombudsman Service and those that are not eligible are unlikely to want to risk the uncertainty of costly and time-consuming litigation when they have just lost significant sums of money to cyber pirates.

The dearth of case law on this matter makes it difficult for lawyers acting for banks or customers to determine whether there are reasonable prospects of pursuing/defending an online banking fraud claim. However it is submitted that lessons can be learned by looking across the Atlantic at recent American online banking fraud case law.

A small property development business called Patco Construction ("Patco") sued its bank, People's United Bank, for authorising six fraudulent withdrawals from its account in May 2009 which amounted to $588,851. It was disclosed that the bank had flagged each transaction as 'high risk' but had still authorised them. The bank did manage to $243,406 from the fraudsters but the rest of th funds were lost and the bank refused to refund Patco.

After Patco's refund requests were rejected by the bank, a Court action was raised in Maine District Court. In June 2011, the Court ruled in favour of the bank noting the law does not demand that the bank implement the best security measures. However Patco appealed and  the American Federal Court of Appeal handed down their decision in July 2012 ruling in favour of Patco for recovery of their losses caused by an online phishing fraud. The Court decided that the bank's online security procedures did not comply with Article 4A of the Uniform Commercial Code (specfically section 202) which states that the bank's online security procedures must be 'commercially reasonable' .

The Court's reasoning for finding the security procedures to be commercially unreasonable was influenced by the following factors:

The Court of Appeal returned the case to the District Court and recommended that parties consider settling the case which did in fact subsequently happen with media commentators speculating that Patco were refunded all their losses by the bank.

In January 2009, a customs metal company based in Michigan lost $560,000 when its bank, Comerica, allowed an online cyber pirate to make almost 100 bank transfers. An email purporting to be from Comerica had tricked an employee into clicking on a link to a fake Comerica site whch then requested EMI's passwords and one-time passcodes. Within the space of a few hours, 97 bank transfers were made to accounts in countries including Estonia, Scotland and China.

Interestingly, the Court in EMI found that the bank's security procedures were commercially reasonable because EMI agreed in its contract with the bank that the bank's security was commercially reasonable. However EMI focused their attention on the part of Article 4A of the Uniform Commercial Code where it states that a bank must accept the payment order in good faith. The Court said the burden of proving that the payment orders were accepted in good faith was on the bank and they had failed to observe commercial standards of fair dealing. The reasoning behind the decision was influenced by the following factors:

In broad terms, the failure to implement a security system with behavioural analytics to identify 'red flags' was viewed by the Court as a failure to act in good faith in its processing and acceptance of the unauthorised transactions.

It is not a huge leap for Scots delict (tort) to construct a duty to have implemented a commercially reasonable security procedure (i.e. to provide protection against unauthorised payment transactions) which could be used to allocate the risk of loss between bank and customer.

Furthemore the law of contract may well be flexible enough to allow a term to be implied that the bank must accept the payment order in good faith encouraged by recent persuasive English cases such as Yam Seng PTE Ltd v International Trade Corporation Limited .

It is submitted that a comparison between the current user's behaviour and the behaviour of known authorised users would signifcantly increase the chances of identifying a fraudster before they can make significant bank transfers. If the banks implemented such measures then it would not only greatly decrease the risk of online banking fraud but also strengthen the banks' legal position should a business litigate against them.

If banks do not enhance their security procedure then they run the risk of losing any litigation brought against them together with the huge reputational damage litigating an online banking fraud case that would invariably arise.

In conclusion, businesses who have suffered online banking losses should not be discouraged by the lack of case law and should consider litigation if attempts at settlement with the bank have floundered and they are ineligible to complain to the Financial Ombudsman Service.

If you have been affected by a phishing/vishing scam and your bank has refused to pay out then we may be able to provide you with the necessary legal assistance to seek recovery of your losses from your bank. Please feel free to call a solicitor in our Financial Services & Banking Disputes Team on 0131 226 8200.