Reviewable Whole of Life Insurance Policies: Have You Been Mis-sold?

Reviewable Whole of Life Insurance Policies: Have You Been Mis-sold? 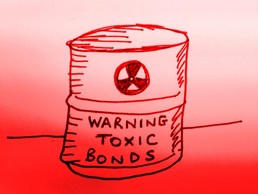 In the late 1990s many reviewable 'whole of life' insurance policies were sold to people in their 50s and 60s to assist with inheritance tax planning. It is understood there may be as many as 4.5 million policies in existence. The idea was that the insurance policy would be taken out and written in trust so that the eventual pay out would be outside the policyholder's estate and could be used to pay the inheritance tax liability.

However the problem with the reviewable 'whole of life' insurance policy was that a significant amount of the premiums being paid by the policyholder would be allocated to an investment fund. It was assumed that the investment returns would fund the increased cost of life cover as the policyholder got older and subsidise the policyholder's premiums (so they would remain the same).

The policy was reviewable and these reviews were to allow the insurance company to review whether the investment returns were sufficient to keep up with the life cover. Many policyholders had no idea that their policy was underperforming until recently. It is understood there were non-reviewable whole of life policies but these were relatively rare and generally had higher premiums.

As a result, there was a shortfall in these policies and the policyholders were given the unpalatable choice at their policy review date of deciding whether to accept a reduction in their life cover (and continue to pay the same monthly premium) or keep the life cover but pay increased premiums (often double their current premium). A further option was simply to cancel the policy and receive a relatively modest 'surrender' amount if anything.

Some of the policies sold were "maximum cover" which meant that the premiums were kept artificially low for the initial 10 years but then would increase steeply after that. The majority of the premium would fund the cost of the life cover (with anything left being investedin the stock market) so it was more likely to require an increase in premiums at review.

An adviser selling a "maximum cover" policy ought to have advised the customer how this type of cover worked and that they should anticipate steep increases in premiums once 10 years had elapsed unless far higher growth rates could be achieved.

Standard cover policies were designed to ensure that the policyholder's premiums would remain level so long as the investment fund grew at the anticipated growth rate. The premiums were often higher than 'maximum cover' policies so more money could be invested. The expected growth rate was often set at a more realistic level although the exact rate will differ between insurance companies.

If a policyholder had a "maximum cover" policy then this would be more likely to fail reviews or fail them quicker than one set up on a "standard cover" basis. Generally speaking, the "standard cover" policy is regarded as being more suitable for IHT planning because the aim of this type of cover is that the cover and premium remain unchanged throughout life. However it is still subject to reviews and premiums may increase if the underlying investment assumptions are not achieved.

In many cases, these whole of life insurance policies were sold by an independent financial adviser (IFA) or insurance company salesperson who ought to have given advice on the most suitable product for the client taking into account their circumstances, for example, inheritance tax planning purposes. In many cases, a 'suitability letter' would be issued setting out the reasons for recommending a particular product.

Whether there was a mis-sale will depend on what the adviser has told their client during the sales process. If the client was not told that premiums may increase in the future or that the life cover may be reduced if the investment returns were not as anticipated then the clients would not be in a position to make a fully informed decision.

Moreover if the reviewable nature of the policy was not explained clearly  then that may give rise to a mis-sale of the policy. This seems to have occurred in some cases as it has been reported that certain policyholders thought their review was a good thing, i.e. told of increase in life cover but instead discovered that their premiums had gone up. If the policy conditions booklet does not explain clearly or highlight the review process then that may strengthen a client's position that they have been mis-sold.

Furthermore if the adviser was asked to assist with IHT planning and only gave the customers the option of a whole of life insurance policy without considering and discussing the alternatives then there may have been a mis-sale. 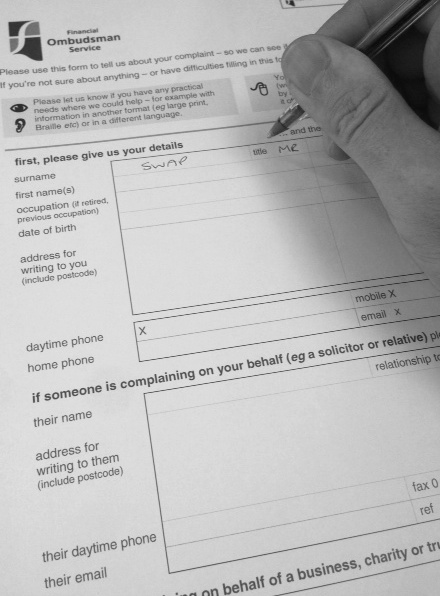 The first step for a policyholder who feels they may have been mis-sold a whole of life insurance policy is to send a written complaint to the salesperson who sold them the policy. Once the salesperson has responded with a 'final response' to the complaint letter then a complaint can be submitted to the Financial Ombudsman Service (FOS).

A FOS Complaint is likely to be the most cost-effective way to pursue a claim for whole of life insurance mis-selling but it should be borne in mind that recent analysis of complaints shows only approximately 1 in every 5 whole of life insurance complaints is being upheld by FOS. Policyholders should also keep in mind that the compensation the FOS can award is limited to £150,000 and that following the case of Clark & Anor v In Focus Asset Management & Tax Solutions Ltd [2014] EWCA Civ 118 if a FOS Award is accepted then the complainant cannot have two bites of the cherry and sue for the remaining balance in Court.

Alternatively, assuming any claim has not time-barred, which may be a hurdle in these cases, then action could potentially be taken in the Courts to pursue compensation from the salesperson for mis-selling the policy.

It does seem really unfair that many policyholders are suddenly being asked for double their current monthly premiums out of the blue or have their life insurance cover reduced. It must be particularly galling for many policyholders who have diligently paid their premiums for many years in the comfort their IHT liability was covered to now be faced with increased premiums or a looming shortfall in their cover.

Of course, there will be many people, who knew what they were signing up for and appreciated the risk that if the investment side of their policy under-performed then they may end up being asked to meet that shortfall. However if the implications of the review and the risky investment component of the policy were not flagged up in the sales process and clearly explained then it seems unjust for a salesperson to get off the hook by relying on clauses within the policy booklet small print which cover off reviews and risk of increased premiums.

If you have a whole of life insurance policy and require assistance, please do not hesitate to get in touch with us.