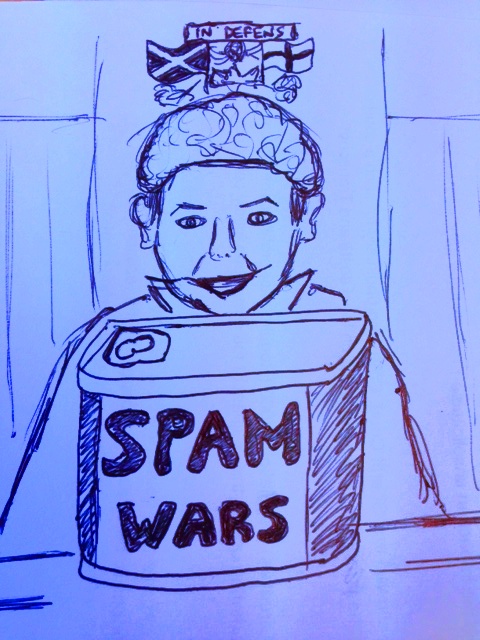 It seems even with the most advanced anti-spam software that no email inbox is immune to unsolicited marketing emails known as ‘spam’. It’s a tiresome business trawling through the inbox and deleting the unwanted spam emails. However it is an annoyance which is growing at an alarming rate with unsolicited spam emails now accounting for more than 75% of all emails received in Europe.

The European Union was sufficiently concerned about the spam email problem that it issued the European Directive on privacy and electronic communications which contained ‘anti-spam’ law. This law was implemented into the United Kingdom via The Privacy and Electronic Communications (EC Directive) Regulations 2003 (“the Regulations”) and empowers the Information Commissioner to fine companies that breach the Regulations. However it also entitles individuals to sue for damages (under Regulation 30) should a company send an unsolicited email.

In 2005, a claim was brought in Colchester County Court under the Regulations against a direct marketing company in the case of Roberts v Media Logistics (UK) Limited. The individual, Mr Roberts, argued that the marketing company had sent unsolicited emails to him about contract car hire services, which was a breach of the Regulations and entitled him to be paid damages for the annoyance, nuisance and inconvenience caused to him. The company settled with Mr Roberts for £270 plus court expenses of £30.

A few years later, the first Scottish claim under the Regulations was brought in Edinburgh Sheriff Court in the case of Dick v Transcom Internet Services Limited (Transcom). The individual, Mr Dick, argued that a single unsolicited email had been sent to him by Transcom which was a breach of the Regulations. Mr Dick sued Transcom for £750, which was the maximum amount for a Scottish small claim at the time (it is now £3,000). Transcom ceased defending the case at some stage and the Sheriff found in favour of Mr Dick awarding him £750 plus expenses of £618.66 (an increased level of expenses due to the Defender’s unreasonable behaviour).

The most recent case of Mansfield v John Lewis plc was brought in an English County Court by a Sky News producer. It is understood from reports by The Register that Mr Mansfield had registered his details with John Lewis’ Waitrose home delivery website which opted him in for marketing using a pre-ticked consent box known as a ‘soft opt-in’. It is believed that he merely browsed the Waitrose site post-registration and did not buy anything.

Mr Mansfield argued that since he had not expressly ticked the box then the ‘soft opt-in’ was not consent and that since John Lewis had subsequently sent unsolicited emails to him, they were in breach of the Regulations. However John Lewis argued that the ‘soft opt-in’ was consent because Mr Mansfield had not unticked the pre-ticked box then he had automatically consented to receiving marketing emails and opted in.

However the Information Commissioner’s Guidance on ‘soft-opt in’ states that “a pre-ticked box will not automatically be enough to demonstrate consent, as it will be harder to show that the presence of the tick represents a positive, informed choice by the user”.

Furthermore the Guidance states that “the fact that someone has failed to object or opt out only means that they have not objected. It does not automatically mean that they have consented. For example, they may not even have seen the box if they were using a smartphone or other small screen device”.

The judge took the view that the ‘soft opt-in’ did not amount to automatic consent and it may be that the Information Commissioner’s Guidance above assisted in reaching that decision.

The County Court judgement in Mansfield has been welcomed by anti-spam organisations such as Spamhaus which hope it will send out a warning to other UK companies who send out unsolicited emails that don’t comply with the Regulations. However it should be remembered that the Regulations can only be used against UK companies and the vast majority of spam emails originate from India and China so the anti-spam provisions of the Regulations are fairly ‘toothless’ so far as action against global spammers is concerned.

An interesting question which arises is what damages were awarded to Mr Mansfield? It has not been reported which seems a bit strange in the circumstances. Perhaps the award was so modest that it was not reported. It seems to me that individuals suing under the Regulations may face a difficult hurdle in proving actual loss caused by the breach of the Regulations.

It would be of no surprise should a spammer in due course advance the argument that the recipient has not shown they have suffered trouble and inconvenience caused by a single spam email and as the loss is unquantifiable no award should be made. In Scotland there is authority that to award purely nominal damages in the absence of loss or harm is contrary to principle so if the recipient can prove no loss then it should receive nothing.

It remains to be seen whether the recent publicity of Mansfield will prompt more individuals to enforce their rights under the Regulations in their County Court or Sheriff Court but the exhausting email inbox war with spammers is undoubtedly going to continue for quite some time to come.

If you have any queries arising from this article, please contact our Dispute Resolution team on  0131 226 8200.