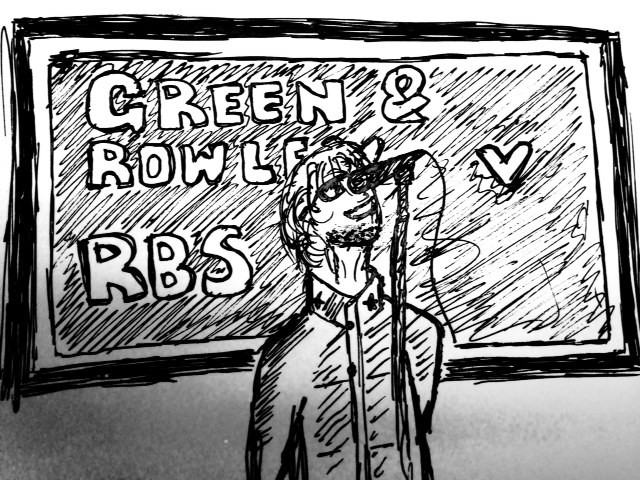 Manchester is the city where we lay our scene for the first legal swaps mis-selling battle between SMEs and the banks in England. In the SME corner was a small commercial property developer partnership, Green & Rowley, while in the Banks corner was the banking giant, RBS.

The story is a depressingly common one where the bank persuaded the SME that it would be a good idea to take out an interest rate swap to protect themselves from rising interest rates but when rates fell dramatically after October 2008 then the SME was left paying crippling rates of interest to the bank.

An interesting feature of this case was that the bank conceded that Green & Rowley were "private persons" and fell within s.150 entitling them to make a claim for breach of statutory duty (but as we shall see below this did not go the distance). It suggests that while limited companies are outwith s.150, small partnerships should be advancing making claims under s.150.

Before the hearing in Manchester Mercantile Court commenced, RBS had already had a resounding victory in Scotland where it swiftly put an end to a swaps legal challenge by another property developer, Grant Estates Limited.

The omens did not look good for Green & Rowley and so it proved as Judge Waksman QC dismissed the 'information claims' for negligent misrepresentation namely for:

1) advising the break costs were modest;

2) advising that the swap was separate from the loan;

3) advising that the swap also fixed the bank's commercial loan margin in addition to the interest rate; and

4) that the swap could be be moved to a different lender.

The judge also dismissed Green & Rowley's 'advice claim' that they had been advised to take out the swap by the bank and that this was a breach of the bank's duty of care to their customer.

Although the bank's other witness, the relationship manager, Ms Gill, was less reliable, ultimately the judge reached the view that the bank's evidence was to be preferred and held that no mistatements were made or advice proffered. Also the evidence was such that even if breaches had been established then Green & Rowley would still have taken out the swap and lost out on causation.

The result in Green & Rowley v RBS  was catastrophic for SMEs waiting to pursue litigation against the banks for interest rate swap mis-selling. The judge preferred the evidence of the bank over the SME, who will generally be more likely to have a contemporaneous note of the sale in their file.

Moreover the judge reached the conclusion that the swap was 'entirely suitable' for an SME such as Green & Rowley. Furthermore he held that the bank's information on break costs 'that there could be a cost or benefit depending on market conditions [if swap terminated early]' was sufficient.

In short, RBS' victory was so convincing that there was no need to advance their formidable defence of contractual estoppel; effectively the 'small print' argument that no advice was given.

Green & Rowley subsequently appealed Judge Waksman QC's judgement on the ground that the bank failed to comply with the FCA's COB Rules which required that not only warn that break costs could be substantial but also to explain clearly and fairly the true potential magnitude of those costs so the SME could understand it.

The main difficulty with Green & Rowley's appeal argument was that a statutory breach of the FCA's COB Rules (provided by s.150 of FSMA 2000) was not a cause of action that was open to Green & Rowley because earlier in the case their barrister had conceded that a s.150 claim was time-barred. It was thought that a breach of duty occurred when the advice was allegedly given by the bank at the meeting on 19 May 2005 and the Claim Form was issued more than 6 years later on 25 May 2011. However it seems that this view may be incorrect and that any breach of duty would arguably continue until the swap was executed. It should be kept in mind that the Court did not express a view as to when the time began to run and there remains a degree of ambiguity about when a s.150 claim's time will begin to run.

An already difficult task now became arduous as Green & Rowley had to persuade the Appeal Court that they could squeeze the COB Rules into the common law duty of care (the Hedley Byrne duty) for the information claims. Some could squeeze in like COB Rule 2.1.3 ( to the extent there is duty not to mislead) but others such as COB Rule 5.4.3 (duty to take reasonable steps to ensure the SME understood the swap) did not. Ultimately it was the Rules which did not make it in that may have made a difference and the information claim appeal came to an abrupt end.

However the common law duty of care for the advice claim did absorb, in part, COB Rules 2.1.3 and 5.4.3. Things seemed more promising but the Appeal Court then rapidly brought Green & Rowley's appeal challenge to an end as it concluded since as a matter of fact no advice was given by the bank then no duty of care could arise. The Appeal Court rejected the suggestion that a common law duty arose to ensure that Green & Rowley understood the nature of the risks involved in entering into the swap. Moreover the Appeal Court stressed that where there is a statutory duty (s.150 FSMA 2000) then this makes the finding of a concurrent common law duty less likely. The FCA had made Submissions on the issue but these were not required as the appeal was dismissed.

One wonders what might have happened had Green & Rowley not conceded their s.150 claim was time-barred as this left them with an uphill struggle trying to persuade the Appeal Court with a deeply unalluring Trojan COB Rule Horse argument.

The case serves as a timely lesson for SMEs that they should seek to preserve all their claims at an early stage (by standstill or protective proceedings) to ensure that they are able to advance all their causes of action. Furthermore the case emphasises how fact-sensitive swap mis-selling cases are. The reliability and credibility of witnesses is critical to defeating the banks in the Courts.

Contemporaneous supporting documentation (which Green & Rowley sorely lacked) could be the difference between a satisfactory out of court settlement or court victory and a bitter expensive defeat. SMEs with potential claims should be seeking disclosure from the banks at an early stage as if 'smoking gun' evidence is obtained via a DSAR (or other method) then the bank may be placed on the backfoot with the increased prospect of a satisfactory early settlement offer.

While Green & Rowley (and Grant Estates Ltd) were morale-sapping blows to SMEs (and their advisers), there will be many SMEs with more favourable facts, witness evidence and perhaps contemporaneous supporting documentation who will be in a better position to take on the banks in Court or negotiate a satisfactory settlement.