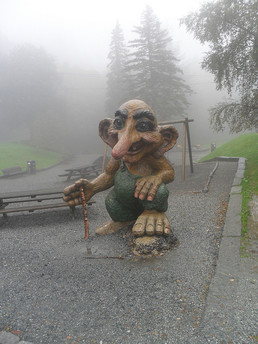 Any perceived impunity for those tweeting things they shouldn’t has been clearly challenged by the numerous defamation claims raised by Lord  McAlpine; the most recent of which to settle has seen a Guardian journalist agree to carry out charity work for 3 years as compensation for wrongly naming Lord McAlpine as a paedophile on Twitter. However a rather more direct approach to unwanted and unwarranted tweeting was taken earlier this week.

Former footballer turned boxer Curtis Woodhouse decided one particular Twitter troll needed to be dealt with following months of abusive comments. Woodhouse asked his growing number of Twitter followers to help identify the troll and provide his address. They duly obliged and he promptly drove off to find him, even tweeting a photo of the culprit’s street on arrival to prove he was not bluffing and asking for confirmation of the house number.  At this stage the (seemingly now former) troll started apologising sufficiently quickly and profusely to satisfy Woodhouse, who headed home without confronting him.

A number of Twitter users applauded Woodhouse for his actions, including the unlikely grouping of Leona Lewis, Joey Barton and John Prescott.   While few would view that trio as setters of the nation’s moral compass, the response does seem to contrast with the criticism levelled at Duncan Bannatyne last year. Bannatyne had received a particular sickening tweet – far worse then one mocking his boxing ability – which threatened, amongst other things, the kidnap of his daughter. Not unreasonably he mentioned this to his Twitter followers, having already notified the Police.  However in one tweet he also suggested that the reward he was offering to find the culprit would be doubled if his limbs were also broken.  Having initially defended this comment he swiftly deleted the tweets and replaced them with ones simply offering the reward for information leading to the culprit’s capture.

Both cases provide stark examples of the power of social media. Both also came rather worryingly close to harnessing that power to dispense vigilante justice which is a concerning development.   Why some people turn into ‘keyboard warriors’ when engaging in social media communication is hard to explain.  However there are valid remedies available.   An obvious one is just to block the offending person – a solution that Woodhouse joked he would have used had he known about it, rather than wasting petrol on his troll hunt.  For more serious cases identities can be obtained lawfully, and accounts can be terminated legally.  And as Lord McAlpine is proving, claims can be settled successfully.