Can We Create Thriving Startup Cities?

Can We Create Thriving Startup Cities? 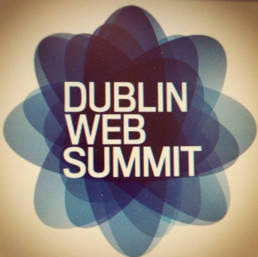 Last night marked the Edinburgh leg of the European Pub Summit Tech Crawl tour organised by Paddy Cosgrave and the team behind the highly-rated Dublin Web Summit andLondon Web Summit. As expected, there was a great turnout with (as far as I could tell across a packed room at Cargo) most of the local startup tech scene putting in an appearance. However, despite the bar tab being picked up once again by the ever-supportive Gareth Williams and the Skyscanner guys, it was clear that alcohol wasn’t the main draw here.

Looking around the room, I was struck by not only just how many people I knew but – more importantly – how many of them knew each other. The room contained a ‘who’s who’ of the local startup world, providing a real opportunity for people to exchange ideas and build closer connections. Whilst the Web Summit guys may have seen nicer weather conditions on some (ok, most) of their other European jaunts, I’m pretty sure that some of the conversations last night will lead to opportunities just as valuable as in any other location.

Writing this blog today reminded me of an interesting post I read last week by Paul Smalera, ‘Brad Feld’s four ingredients for thriving startup cities’. If you’re involved in a startup, you’ll need no introduction to Brad Feld. However, if you’re not one of the many who read his daily blog, he has been described as the “godfather of the Boulder startup community” (Smalera’s words, not mine). Feld’s view is that, when taken back to basics, a city needs to have four key factors present in order to successfully create the ecosystem that will help startups to flourish.

The community must be driven by entrepreneurs who set the agenda.

After advising startups in Edinburgh for a number of years, I’m in no doubt that there’s been a significant development recently in this area. The growth of local events organised by entrepreneurs, fuelled by the growth of networks, has been impressive. There’s too many to mention but Startup Café, Rookie Oven,TechMeetup and the TechCube building squad (see my earlier post) have all played their part, amongst others.

It’s not now the case that startups are expecting service providers and central organisations to unite the community into taking action. Don’t get me wrong – it’s great that those forms of traditional events are continuing - indeed, they’re essential, particularly in the early days – but ultimately they will only ever be a platform upon which relationships between startup entrepreneurs can develop organically.

Be patient - twenty years is a reasonable timescale

How long should it take to build the ecosystem? Feld argues that a decade is too short - twenty years should be the starting point in assessing whether efforts have been successful. He has a point: we all consider Silicon Valley to be an overwhelming success story but the success rates look very different when you compare the statistics from any two different ten-year periods side by side. Once you take the longer view, any entrepreneur should have more than enough time in twenty years to start, fail and repeat a few times before driving the growth of an early-stage business to exit and then – crucially – to reinvest in the ecosystem with their new-found resources and experience. In theory, at least.

If we look at Edinburgh, it was twenty years ago that Sandy at MBM was responsible for bringing together the founders of Archangel Informal Investment for their first deal. Archangel today invests around £10 million per annum in early-stage Scottish companies. It’s a sad fact that there will never be enough money to fund all of the potentially great businesses that were in the room last night. But it's clear that building something of real value will in most cases take time and commitment. The system must be given time to evolve and it’s important to remember that it can’t be a one-way street – entrepreneurs remain the ones at the leading edges of technology and share a duty to educate investors about the future.

Feld’s third requirement requires process to be kept to a minimum and to actively maintain a flat-decision making hierarchy. New ideas about how to develop the community are just as likely to come from the woman who’s starting to break into the ‘scene’ with ideas as from the tightly-networked core of usual suspects. Don’t stifle the ideas of a few or hamper the wisdom of the crowd by creating structures that restrict the growth of initiatives which could build the community. Even over the last twelve months, I’ve seen people step up to the mark in Edinburgh to work together to build the community – so another big tick there.

Ensure you have a focal rallying point

Feld’s final ingredient stresses how critical it is that any budding entrepreneur has the ability to pick the one key connecting point with which to get engaged – and introduced – to the whole community. There will always be debate on this in Edinburgh but it’s clear that both the School of Informatics  and Informatics Ventures are making significant progress at developing into a vital node in the system.

On the whole, I think that Edinburgh does do pretty well on Feld’s scoresheet. But despite the real sense of opportunity in that room last night, none of us can be content to rest on our laurels. The battle continues to get the right funding into businesses that have the potential to create future prosperity for us all before we even get onto the wider issue of solving the problem of how to replicate certain community successes in other locations.

What do you think? Do you believe that significant changes are needed to the existing structures in order to help the exchange of information, ideas and talent between startups? Is the current system too Edinburgh-centric? Or do you have a simple solution that would easily solve some of the current issues. I’d love to hear from you. I suspect we’re all pushing at the same open door here.