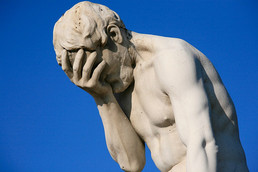 As the distinction between our personal lives and work lives becomes increasingly blurred due to the widespread use of social media, a recent case highlights some of the issues that can arise.

In a High Court decision handed down earlier this month, the potential implications of employers disciplining employees for posts published on their personal Facebook accounts were explored.

The claimant, Mr Smith, a manager at Trafford Housing Trust had posted a link on his page to a BBC news article on proposals to introduce gay church marriages and commented that this was “an equality too far”. Following complaints from some of his colleagues, his employer concluded that he was guilty of gross misconduct and demoted him to a less senior role with a significant pay decrease.

The claimant brought a claim against his employer for breach of contract and wrongful dismissal following his demotion but did not raise a claim for unfair dismissal in an Employment Tribunal, as he had not been able to raise sufficient funds to do so within the 3 month time limit.

He was subject to disciplinary proceedings under the following heads:

It was held that his postings about gay marriage were not viewed as being disrespectful or liable to cause upset or offence. They were widely-held views which were frequently expressed in the press. A key distinction was also drawn between a targeted email to colleagues and an expression of opinion of religious or political opinion on a social media page and it was noted that his Facebook page: ‘was not in any sense a medium by which Mr Smith could or did thrust his views upon his work colleagues.’ It was highlighted that it was his colleague’s choice to become his friend on Facebook and accordingly subscribe to his posts. Although his page was visible not only to friends but also friends of friends, they would have to actively find his page to read the comments posted.

It was also clear from Mr Smith’s Facebook page that he used it for the expression of personal views about matters unrelated to his work. Although he did identify himself as a manager of the Trust on his page, it was clear that his Facebook page was an aspect of his social life outside work and other posts on his page related to sport, food and motor vehicles. It could not be objectively concluded that in making such comments, viewers of his profile would consider him to be expressing the viewpoint of the Trust, thus undermining their policy to adopt a neutral status on religious and political matters.

In the court’s view, his Facebook page was primarily a virtual meeting place at which those who knew him, whether his work colleagues or not, could at their own choice attend to find out what he had to say about a diverse range of non-work related subjects. It was argued on behalf of the Trust that readers would look at Mr Smith’s postings about gay marriage on their newsfeeds in isolation from other posts which were clearly personal in relation to sport, food and motor vehicles and make a direct association between his views on gay marriage and the Trust. However, the Court concluded that if this viewpoint was taken, then those reading the isolated posts would also see them separately to the single reference on his page to being a manager of the Trust.

On the basis that the court concluded that the comments were not unlawful and could not objectively be regarded as being made on behalf of the Trust, there was no finding that there had been a breach of the Employer’s Code of Conduct or Equal Opportunities Policy to allow them to demote Mr Smith and impose a salary reduction.

However, unfortunately for Mr Smith, this case also demonstrates the differences in remedies available to employees in Civil Courts (through which Mr Smith pursued his claim) and Employment Tribunals. Although the court made a finding of a breach of contract and resulting wrongful dismissal, Mr Smith was awarded the mere sum of £98 being the difference between his contractual salary and the amount actually paid to him during the 12 weeks (his notice entitlement) following him commencing his new lesser role. The Judge commented that ‘a conclusion that his damages are limited to less than £100 leaves the uncomfortable feeling that justice has not been done to him in the circumstances.

Had he applied in time, there is every reason to suppose that the Employment Tribunal would have been able (if it thought fit) to award him substantial compensation for the unfair way in which he was treated’. Indeed, in a tribunal, if an award for unfair dismissal was made, Mr Smith would likely have received a payment to reflect a lot more than 12 weeks loss of earnings and may also have succeeded in a discrimination claim on the grounds of his religious beliefs.

From an employer’s perspective, Social Media and Equal Opportunity Policies are still important to have in force in the workplace; however, care should be taken in disciplining employees in relation to activities and comments made outside the course of their employment. If employers have concerns about individual employees damaging their reputation on personal social media websites, it may be worth including in the policy that they should not name their employer on such sites, or alternatively, require that they state that all views expressed are their own.

If you do require advice on Social Media and Equal Opportunities Policies, or indeed any other aspect of employment law, please contact either myself or a colleague in the Employment Team.