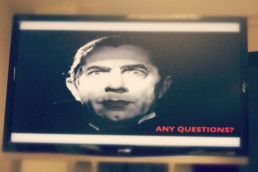 The theme of’ avoiding start up howlers’ was originally chosen to coincide with a Halloween date, and while the date had to change the topic remained the same. Thankfully no one turned up in fancy dress...

Despite the dreich night there was an encouraging turnout and with number of members of the Meetup group at now over 70, it bodes well for future events.

Dug Campbell was MC for the evening introducing Ian Stevenson of Salient Point who spoke about the launch of the free eBook 'Equity - A Resource for Startups' (which is the subject of a separate Startup Blog).  Stephen Clark then addressed some key mistakes to avoid from a company law perspective while this blogger covered some common IP howlers, being

• not owing the Company IP;

• not carrying out basic searches on company and product names;

• not checking for unwanted termination clauses in IP contracts.

Both presentations led to lively question and answer sessions before more informal discussions took place over pizza and beer.  Feedback on the event has been very positive and we hope to announce dates for the next event shortly.

The aim of the group is to provide an open forum for people to come along to share their knowledge and experiences, and to build a network of people who can learn and support each other in dealing with their business issues and growing their businesses.  Groups like these are important to the start-up community and to the wider economy in general, and we look forward to more successful events in the future.