No sooner has the scheme been announced and here at MBM, we are getting a lot of questions on it! I think this just goes to show the level of excitement and expectation surrounding the long-awaited COVID-19 related financial support for early stage/high growth companies.

Following the introduction of similar assistance in France and Germany, this scheme is an attempt by the UK government to try its hand at venture capital to help support the investment ecosystem and prove they are actually listening to those influential in the tech community. The Future Fund is part of a broader package of £1.25bn to support start up and innovative companies. However, is the Future Fund really the silver bullet that we’ve all been waiting for?

Read on for my thoughts on this….

What is the Future Fund?

Although earlier support packages such as the CBILS were welcomed, the qualifying criteria put early stage/high growth companies out of reach to access that financial support. By contrast, the Future Fund is a venture investing scheme set up specifically to help early stage/high growth companies by allowing them to leverage private sector investment and ‘match’ it with public money.

The Future Fund will be delivered in partnership with the British Business Bank with £250m available in the pot from day one (although this is likely to be doubled).

How does the Future Fund work?

The headline terms published by the UK Government are available here.

The investments from the scheme will vary between £125k and £5m per company in the form of direct co-investments into companies via a convertible loan.

The expectation is that investments will convert into shares on a qualifying funding round at a minimum conversion discount of 20%. If not previously converted, loans will mature after a maximum of 36 months and will be repaid at an amount equal to 2x the principal amount of the loan with accrued interest added on top (non-compound interest will be payable at a rate of 8% per annum). Further guidance is awaited to determine whether companies can treat this funding as bridge financing by repaying (at the option of the Company) the funding ahead of any future funding round. If the Government did allow this, it means the UK taxpayer would be exposed to all the downside with very little or none of the upside as the best performing companies would simply opt to repay the loan rather than allow it to covert to equity so don’t get your hopes up that the terms of the scheme will change to allow this.

The UK Government will rely on the due diligence carried out by private investors which essentially means trusting the judgement of those investors and be guided as to which innovative companies to invest in. In keeping with that ‘light touch’ approach, the Future Fund won’t try to be an active investor with a board seat and control of business decisions. Rather the Future Fund will be a passive economic investor although will require certain investor rights including limited corporate governance rights, warranties, customary covenants, a “most favoured nation” right, a negative pledge restricting further indebtedness and information rights.

The funding can only be used for working capital purposes which is typical for investment monies. So don’t think that you can get the funding and then declare and pay huge dividends – that simply won’t be allowed.

The Future Fund will not match any recently closed funding rounds. So if you are looking to apply for matched funding and you have a round due to close, you might want to delay entering into documentation until the applications are open next month.

Your company may qualify for the Future Fund if it:

The £250k minimum figure in respect of previous rounds ensures that the scheme remains open to pre-series A businesses who have previously raised large angel or friends/family rounds. However, it does exclude highly investable and innovative businesses who can’t hit that threshold or have maybe only raised SEIS to date (which has a limit of £150k). Note that the previous funding must have come from private investors and so this rules out any historic co-investment amounts from the likes of the Scottish Co-Investment Fund. I expect this to affect the number of Scottish companies that might otherwise have qualified for the scheme, since the Scottish Co-Investment Fund is a very active co-investor.

This scheme demonstrates the backing of entrepreneurial capital by the UK Government and their faith in a post-Brexit and post-COVID economy. No scheme will be perfect and this one has been pulled together in a short period of time. It is very clear that a lot of the detail is still to be worked through and we expect more guidance to be issued over the coming days. After only a few days following the announcement of the scheme, it has been interesting to see and hear the different slants on the support. Although I would say the sentiment is generally positive, it is clear that there are some valid concerns.

The Future Fund will match private investments on the same terms – or at least that is the plan. Current guidance suggests that raising money on a mix and match basis (i.e. a mix of shares and convertible loan notes) is not compatible with the scheme. That means that private investments must be via convertible loan note structures which are incompatible for angel investors seeking to use the SEIS/EIS tax reliefs to mitigate their risks in investing in early stage/high growth companies. Even if you do get them to put money in now via the convertible loan note structure, the current rules mean that SEIS/EIS is then lost for future rounds in that company. This isn’t just about angel investors though - let’s not forget VCTs who are also subject to EIS legislation. This week I’ve also had to look at restructuring a round for one of my investor-clients who is subject to enterprise capital funds rules as they are excluded from co-investing with the scheme (enterprise capital funds are heavily supported by British Business Bank funding).

We know from Government advisors that the detail of the scheme is very much under consideration. Given that SEIS/EIS reliefs are key Government policies to encourage investment in high growth companies, I fully expect the package will be refined to ensure that such reliefs continue to be available to angel investors. This could mean that the structure of the matched funding round could be amended to allow a mix of convertible loan notes and equity or the Government may make a legislative change to eligibility rules to allow angels to access tax relief when they use a convertible loan note structure. Perhaps the Government may even establish a new scheme that utilises SEIS/EIS to raise money? Anything is possible right now.

The deal terms themselves are not appealing. Repayment of an amount equal to 2x the principal amount plus 8% interest per annum is not a soft loan in anyone’s’ books.

The devil is in the detail and we eagerly await more guidance as the creases are ironed out. However, there is little doubt that the Future Fund will be a powerful catalyst to unlock much needed private investment.

In the meantime, you may want to consider alternatives. Innovate UK, the national innovation agency, is extending up to £750 million of loans and grant funding to innovation driven businesses focussed on research and development.

Innovate UK is anticipated to allocate £200 million of grants and loans but this will principally focus on existing projects. A further £550 million is to be allocated to support a mix of existing customers and 1,200 new firms in an amount of £175,000. Further details are required from the Government on whether these grants and loans are only to be used for R&D funding or whether they can be used for broader working capital purposes.

How do you apply?

If you’ve read all the above and you still think the Future Fund is the scheme for you, it isn’t open to applications just yet. Current guidance suggests it will launch in May 2020. The Future Fund will be open until the end of September but that will be kept under review. 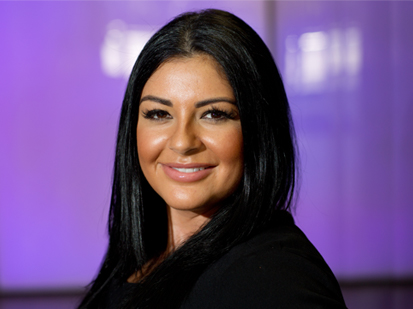