Health and Safety: Update on the Penalties for Non-Compliance

On the 2nd of March, we were lucky enough to have Alan Laing speak at our highly attended breakfast seminar entitled ‘All you need to know about health and safety in less than an hour’. Alan is a consultant with 25 years of experience in the Health and Safety field.  He loves the profession and is committed to providing expert advice and training to companies in any sector to help them improve standards.  After 6 years with the Health and Safety Executive, working in a wide range of areas - from heavy Engineering to Food, Construction to Care Homes, he has a range of insight that is needed to apply the right approach to Health and Safety in any field. We hope you find Alan’s blog useful, and please feel free to get in contact with him if you have any questions at alandi@globalnet.co.uk.

It was nice to meet so many of you at the Breakfast Briefing back on February 1st.

We covered a fair bit in less than an hour – mainly looking at how things have changed in the world of Health and Safety, particularly in the area of fines and penalties for failing to do Health and Safety well. Many companies are still unaware of this – for good reason, they rarely fall foul of the law – but it is important to know that the fines for Health and Safety offences have increased drastically in the past year.

Health and Safety criminal cases are relatively rare, so in the past, courts have been unclear on how to pass sentence. The new guidelines that came into force around a year ago make things very clear for Magistrates and Judges in England and Wales.  In a recent case in Scotland, involving Scottish Power, the Sheriff specifically used the same guidelines as a “cross-check” to ensure the fine levied was in accord with the guidance in use in the rest of the UK.

A recent study by IOSH* (covering England and Wales) shows clearly that penalties for the more serious Health and Safety breaches have risen substantially; only one of the 20 largest penalties in 2014 was pitched above £500,000, whereas all 20 in 2016 were above this figure.  Four of the fines were in excess of £3 million in 2016.

In the past, the higher penalties were associated with the most serious outcomes, i.e. fatalities and serious injuries. The significant change in determining the fine (or prison sentence) to be imposed is that courts now have to factor in the potential harm that an incident posed – so a person falling from a roof who breaks a leg, could easily have been killed.  The fine is based on the worst possible outcome of the incident, not what actually occurred.  In two cases last year, significant fines (£1.8 million and £3 million) were imposed where no actual harm had come about, but there were significant problems with Health and Safety systems.

A court then combines the estimate of the potential harm with the turnover of the company. Companies are graded as small (turnover less than £2 million) through to large (turnover £50 million and above) and the starting point for the range of fines set accordingly.  The potential fine is then calculated based on the potential outcome of the incident factored with the size of the organisation.

Courts have the discretion to start the fine calculation above or below the starting point based on the conduct of the organisation – a good health and safety record, or early guilty plea can influence things downwards; evidence of cost-cutting or obstructing an investigation can have the opposite effect.

Custodial sentences are rare but do happen – where an individual in a company is found to have been material in the causes of the health and safety breach then imprisonment is possible, and recent cases have attracted the full 2 year maximum penalty.

Why has the government and the HSE clamped down so hard on Health and Safety offenders? Put simply, things have improved significantly in the past 100 years, but things are still not as good as they could be.  Last year 144 people died in safety-related accidents in the workplace, and an estimated 13,000 died prematurely due to occupational ill health.  Many companies still adopt the attitude that Health and Safety precautions are a “nice thing to have” but not key to running a good business.  In fact, there is a lot of evidence to show that companies who adopt Health and Safety compliance as a core value prosper in all areas of their work – not just protecting their most valuable asset, their employees.

Much more information can be found on the Health and Safety Executive website at www.hse.gov.uk.   Well worth a regular browse, and you can set it up to email you weekly updates on topics that are relevant to your business.

*IOSH – The Institution of Occupational Safety and Health. 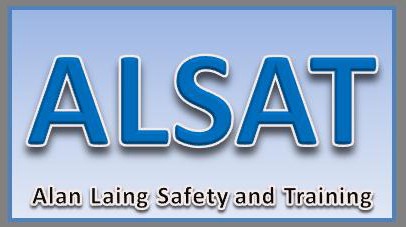 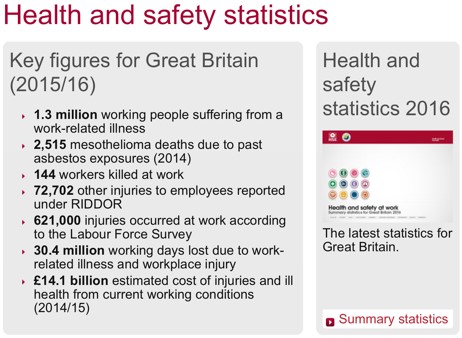 Tweet
Unregistered Design Rights – Why You Shouldn’t Ove...
The Law of Personalities