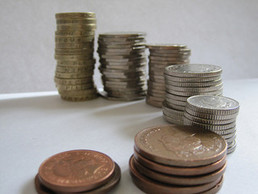 The Government announced an increase to the Living Wage on Monday from £7.20 p/h to £7.45 p/h, with the new rates coming into effect in April 2013.

The Living Wage is calculated according to the basic cost of living in the UK. It was established in 2005 and introduced by the Government to all their employees in 2010/2011, resulting in considerable pay rises for around 6000 workers. The announcement will mean a further 3,000 Government workers will receive a pay rise.

Finance Secretary, John Swinney, who announced the increase, stated that “the Living Wage is a positive step that all employers can take to help boost consumer confidence and strengthen economic recovery, while helping to provide certainty for individuals and families who are already dealing with pressures on family budgets.” He also stated that the Government “would encourage all public, private and third sector organisations to recognise the benefits of this approach and do likewise.”

According to The Financial Times, Intercontinental Hotels became the first organisation with a workforce dominated by low paid employees to pledge to adopt the London Living Wage (which is higher than the rest of the UK, now at £8.55 p/h). This is to be phased in over the next 5 years as the company think that this will help attract and retain the best employees. The FT also noted that Barclays Bank recorded noticeable benefits of introducing the Living Wage, including an improvement in productivity, reduced sickness rates and a retention rate for cleaners of 92 per cent, compared to the industry average of 35 per cent. However, it was also noted that the bank’s workforce is dominated by higher paid employees, so the increased wage bill would have been less dramatic than for a company reliant on low-wage workers.

It is this point that has been highlighted by critics as the main concern in relation to the Living Wage. Some business leaders are of the view that in the current economic climate, smaller business struggling to survive should not be coerced into paying rates they cannot afford. Different sectors, external pressures and the nature of certain roles make the implementation of an increased rate significantly more difficult for some than for others. Therefore, it would seem that the latest increase will likely benefit only those employed in low-paid jobs by bigger organisations.

The increase in the Living Wage follows shortly after the increase to the National Minimum Wage which took effect from 1 October 2012.  The minimum wage for over 21s is now £6.19 p/h, increasing from £6.08 p/h. The Development Rate, for workers aged between 18 and 20, is £4.98 which remains unchanged from last year. For those under 18 but above the compulsory school age who are not apprentices, the minimum rate is £3.68 (unchanged from last year). Unlike the Living Wage, the National Minimum Wage is mandatory for employers and cannot be opted out of.

Separately, Lord Patten recently proposed a new idea to encourage salary increases for lower-paid employees whereby executive pay would be capped at a percentage of the median salary within that particular business. A Government e-petition was circulated to canvas support for the proposals which closed on 31 October. The petition states that the idea behind the proposals is that executives would be forced to give their workers pay increases each time they want to reward themselves. If the proposals were successful this would require the introduction of new legislation to cap executive pay across the private sector.