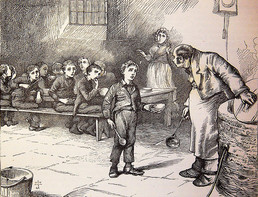 “Photogeddon” and “the Death of Copyright” are just two of the comments I have seen regarding the change to copyright law which has been effected by the Enterprise and Regulatory Reform Act 2013 (“ERRA”).   Other critics refer to this as the ‘Instagram Act’ in reference to the controversy last year when Instagram’s  new terms and conditions appeared to allow them to make free use of user’s photographs.

Such has been the level of outrage expressed by some that the UK Intellectual Property Office issued a ‘myth debunking’ statement to try and assuage concerns that this change in the law would usher in a new era of digital copyright infringement.

Copyright protection lasts for a long period (usually until 70 years after the death of the author/creator).   The process of discovering the author of a work, whether the work is still in copyright and who the current copyright holder is, can often be a difficult task. As a consequence many orphan works are not used.

Under the new system if a diligent search does not reveal the owner of the copyright in a work, then an application can be made to an independent authorising body (identity still to be confirmed) for a non-exclusive licence to use the work.  There will be an up-front  licence fee payable which will be held by the authorising body in case the ‘missing’ copyright holder is found.  This new system will be fully implemented once regulations are introduced to flesh out the new right introduced made by ERRA.

The Government argue that the change will help make licensing more efficient.  Others disagree, some it has to be said in quite disproportionately outraged language.

A lot of concern has centred on the use of photographs, and whether the idea of ‘diligent search’ would mean that finding a photograph online which was stripped of all metadata allowed you to use it with impunity.  Could you claim that checking for metadata and finding none was displaying sufficient ‘diligence’?

This is a valid concern.   However the UK IPO have made it clear that stripping a photo of metadata does not turn it into an orphan work.  So discovering a photo with no metadata attached does not equate to a diligent search.   It is also important to remember that following a “diligent search” you still need to apply to an independent body (with evidence of your search), in order to obtain a licence to use the orphan work which will require an upfront licence fee.   So this is not a scheme which allows free use of copyright work – despite some of the more colourful commentary.

Legendary photographer David Bailey has stated that “commercial organisations will be allowed to make money from ‘our’ orphans but not us, the creators.”    Bailey makes some valid points about the timing of the change and whether IP specific legislation should have been used. However if you are the owner of work and you are aware of someone making money from ‘your orphan’ then the work isn’t an orphan in the first place.  You would be able to obtain compensation from the new authorising body from the licences fees they have collected relating to the work.  It might even be possible to pursue a claim against the user of the work – or even the licensing authority itself - if there was evidence that an orphan licence should never have been granted in the first place.

Obviously if you are the owner of a copyrighted work and you are not aware of the use being made of it then that is an issue – but that is nothing new and certainly not something that, excuse the pun, can be blamed on ERRA.

Of course at the moment we are dealing with the bare bones of the change and to some extent this explains the range of comment and reaction to date. The detail of this new law will come in the regulations which will follow an extensive, and I would predict very lively, consultation.