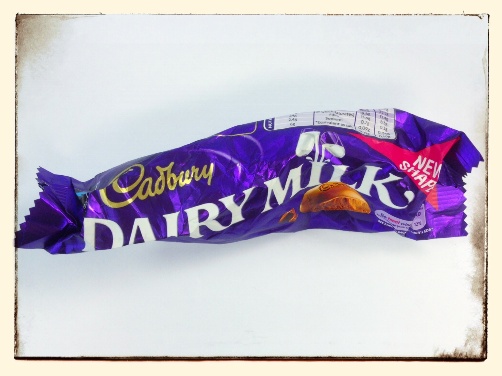 Earlier this year the European Commission proposed reforms of the European trade mark system, designed to modernise and harmonise trade mark law across the EU. The new reforms are set to become law by Spring 2014. One notable reform is that the requirement for graphic representation of a trade mark, under Article 2, is to be abolished, and the definition of a trade mark will include colours.  This may allow more colour trade marks to be registered. This is particularly pertinent in light of the decision last week in Nestlé v Cadbury where the description of the Cadbury trade mark for the colour purple used on its Dairy Milk bars was held to lack clarity and potentially cover many signs.

Glass and a half full for Cadbury

In 2004 Cadbury applied to register a trade mark for the colour purple (Pantone 2685C) "applied to the whole visible surface, or being the predominant colour applied to the whole visible surface, of the packaging of the goods" for goods in Class 30, namely "chocolate in bar and tablet form" and other chocolate products including chocolate cakes and cocoa based beverages. In 2008 Nestlé opposed the application, claiming it “lacked distinctive character.”  This led to the application being trimmed down significantly, although Cadbury was able to maintain the application  for the colour in relation to “chocolate in bar and tablet form" on the basis of evidence of its long-term use on Dairy Milk products dating back to 1914. However the ruling allowed Nestlé to continue to use a similar purple colour in its Quality Street assortment.

Nestlé gets a break

In 2012 Nestlé appealed the ruling, contesting that Cadbury’s purple mark was not a sign, and not capable of being represented graphically. However the Court dismissed Nestlé’s appeal and allowed Cadbury’s application to stand, save for agreeing that the mark should be restricted to milk chocolate.

In the latest round of “chocolate wars”, the Court of Appeal reasoned last week that the description used in Cadbury’s trade mark application was too broad. It agreed with Nestlé that the reference to packaging where purple was the ‘predominant colour’ can in fact cover multiple marks, rather than just one. The court felt that allowing broad trade marks like this could lead to trade mark holders having an unjustified monopoly, something Julie touched on with respect to YSL v Louboutin.

Will it be easier to register a colour with the new reforms?

Seeking colour protection has never been easy or straightforward. Arguably representing colours graphically is a more specific way of describing a colour than by description.  In the current system, to successfully register a colour as a trade mark requires the colour to be represented graphically in a way that is clear, precise and objective. To satisfy the 'objective' condition colours can be represented through use of the Pantone Classification System. A description in words alone is unlikely to be a sufficient way of giving clarity as to what  rights a trade mark proprietor has, words can be unclear  as seen in the Cadbury case above. And in any case whether a colour can be described sufficiently in words or not, it will be necessary for an applicant to prove acquired distinctiveness through use of the colour so the colour serves as an indicator of the commercial origin of a product.