Tales from the US #1: The Perils of Fundraising - Too good to be true? Are you?

As the National Emergency was called in the US in response to the COVD19 outbreak, I found myself staying on Wall Street in New York (although luckily I flew back to the UK the night before border restrictions were imposed). Surrounded by the financial and investment institutions famous the world over, I met a securities litigation lawyer with a practice built entirely around suing companies for investors alleging they had been ‘duped’ out of their money. It got me thinking about the differences between the UK and the US that founders and companies might face when fund raising in the US.

If you haven’t yet read “Bad Blood” by John Carreyrou then I highly recommend it (or if you just don’t have the time to indulge in reading some fascinating non-fiction, try “The Inventor”, a documentary which covers the same material). The story in both cases centres on Elizabeth Holmes and her founding of Theranos, a Silicon Valley medical technology company that allegedly came to defraud investors of $900 million on its way to achieving a $9 billion valuation. Following a collapse in confidence in the Theranos promise of technology that would change the world, the company was barraged with investors’ civil lawsuits which effectively ended the business.  As I write this, Holmes awaits a trial set to a further delayed start date in March 2021 on federal criminal charges of fraud alongside former Theranos President Sunny Balwani.

In the US, a shareholder may file a civil securities fraud claim (what we in the UK would think of as investment fraud) in U.S. federal court in order to recover damages believed to be sustained as a result of the actions of a firm or individuals related to the sale, trading, or price manipulation of securities (in UK terms, shares or other investments).  Whilst larger investor actions where a class of claimants band together and act as one are on the increase outside the US, the US remains a jurisdiction where joining an action as an investor is relatively easy. This is because of the ability to join what is called a class action in the US and allows the investor to be a passive party to the claim against the company being sued. Where companies have raised funds from a group of investors, the investors may choose to seek their remedy against the company collectively (whether or not they acted collectively when investing) and can act as one large group  forming a class action. The ability to build a class and raise large aggregate claims against defendants is in large part what has driven the development of the US litigation market and is why those courtroom dramas on TV are usually set in the US – the settlement figures are in the millions, if not billions and that reflects the size of the class being compensated (not to mention it makes better TV).

All US securities transactions are subject to the antifraud provisions of the federal securities laws. This means that founders and companies will be responsible for false or misleading statements. Founders and companies should be cautious not to overstate their capabilities or results (historical or projected) to investors, to avoid inflating valuations and to ensure that claims of commercial contracts “being in the bag” are in fact signed and in place and not still in negotiation if those arrangements are part of the pitch to investors.

The “Bad Blood” tale provides an excellent warning to those raising funding in the highly litigious US. Outright misrepresentation by founders and companies would likely give rise to a claim by investors in any jurisdiction not just the US, but in the US, there is an entire civil litigation industry waiting to pounce on behalf of the defrauded investor as well as the risk of criminal prosecution. Founders beware! 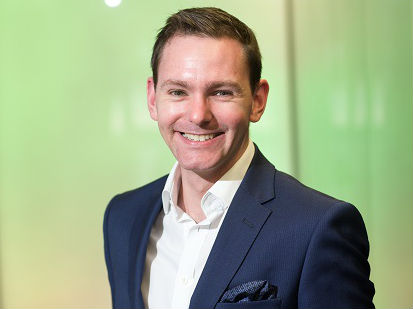