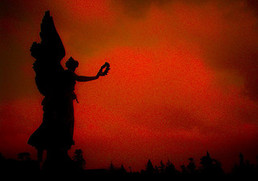 Continuing its sterling work supporting the local entrepreneurial community, last week at the E-Club could have been renamed “Archangel Week” given that we were treated to talks from Barry Sealey (co-hosted byInformatics Ventures) and Andy Laing ofArchangel Informal Investment, Scotland’s largest business angel syndicate. As Mel, my colleague who knows both well, commented, it was a unique opportunity to compare the views of a founding Archangel with one who has recently joined the syndicate.

Archangels are described as high ranking angels, and they don’t come more esteemed than Barry Sealey. First coming to Scotland 55 years ago, he joined Christian Salvesen as a trainee in management, starting out mending nets and gutting fish on company fishing boats to becoming Group Managing Director. Retiring in 1990, he invested in the Caledonian Brewing Company, which was eventually sold to Scottish and Newcastle. Playing a part in helping a company develop successfully left him with a love for small businesses, and he went on, together with Mike Rutterford, to found Archangel Informal Investment Limited in 1992.

So why did Barry become involved in the scene?

It was revealing that the “making money” point came last on the list. Whilst it remains an important motivation, angel investing for Barry is also about giving “HELP”. For example, the Archangels will often see potential in a company with a great idea, but it subsequently becomes clear that the founders don’t have the skills to see their product through to commercialisation. The value of their combined business experience is that they are then not afraid to advise founding executives that they should consider stepping aside for more experienced management if they want to see their company become successful.

Barry has been involved in every single one of the 80 companies that the Archangels have invested in to date. Of these, 39 have failed – yet, crucially, this represents only 10% of the £74 million pounds that has been invested in the entire Archangel portfolio. Scottish Enterprise has been very supportive, acting as co-funder to a number of Archangel deals through the Scottish Co-investment Fund. Perhaps predictably for an angel, Barry did not hide his dislike of working with venture capitalists which always brings its own particular tensions - while the Archangels are prepared to play a longer game in waiting for a company to come to fruition, VC’s (in theory at least) tend to want their money back in 3-5 years.

In a common refrain within the early-stage market, Barry couldn’t stress strongly enough that a company’s most valuable asset is its people. It’s critical for the investors to be comfortable with backing the team behind the company as well as the idea itself. And when asked about how best to prepare a business to look for an exit, Barry was clear that the best way is to run a company “damn well”.  When asked by UWI Technology’s David High when companies might start to see interest again from large corporations looking to invest in young companies, Barry’s view is that there is definitely growth in the private sector and that there may, within a couple of years, be more exit opportunities in this way.

At the next event, Andy Laing of the Archangel Executive Team gave the audience an excellent overview of how an entrepreneur would best attract angel investment. Good practice for ‘ticking the boxes’ to secure angel investment includes focusing on the following:

Once a company has the Archangels on board, the “HELP” factor was again a key point in Andy’s talk. It’s a fact of life that founding executives need to be flexible and open about giving up control of their company as, if they are unwilling to discuss an exit, then angel investment is probably not their best solution for funding.

Andy also touched on the contrast between venture capital and angel investment. The Archangels will see a company through further rounds on investment – the most obvious example is that fact that Optos floated 14 years after Archangel first invested. A company can also rely on angel support once they have invested. Understandably, Andy stated his preference for exits based on just angel capital given the fact that angel investors face dilution of their shares when VC’s come on board.

Scotland now has the most sophisticated angel investment network in the world, and when asked by our Andy Harris to give his thoughts on why there are now more angel syndicates in existence, Andy’s view is that he likes to think that it is because of the success of the Archangel model after 20 years. As Barry said, Scotland is one of the best places in the world to start a business right now and it’s encouraging to know that the Archangels are firm believers that Scotland always needs new businesses and ideas.

It’s clear that Barry has had fun along the way and Andy has taken up the mantle to continue the Archangel success into the future. When asked what he would change about Archangels after twenty years, Barry’s pithy reply was “getting old”!

The road may not be without its hurdles but the message is clear – in growing your business, having an experienced investor on board can make the difference between success and failure.

Were you at either of the events last week? Do you have any comments about the role of the business angel networks within Scotland or thoughts about how they may develop in the future? If so, I’d love to hear from you – please feel free to leave a comment below.