The Broken Model: How Pharma has to Adapt to the Changing Environment

The Broken Model: How Pharma has to Adapt to the Changing Environment 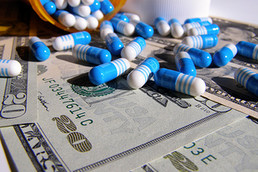 The Second BioQuarter Networking Event provided an entertaining insight from a man who has literally seen it all in the world of big pharma. Former head of R&D at AstraZeneca, Martin Mackay, gave a fascinating overview of why the pharmaceutical industry has gone through such an upheaval, and how it is responding.

With the news that AZ is to close its R&D facility at Alderley Park, in an era of cutting edge science that should be leading to medical breakthroughs, what has happened?

The 90’s genomic revolution, where new technology allowed for the first time high throughput screening of drugs that lead to a surge of molecules in phase II trials, did not result in new drugs as hoped for. Instead the phase III success rate is only 53%, quite unacceptable for the amount of money poured into the R&D. Combine this with a loss of revenue through expired patents, governments cutting prices on drugs and large companies trying to sustain a huge work force inevitably lead to large pharmaceuticals rethinking their strategy.

Why was there such a failure at the phase II stage? Mackay cited one of the biggest failures in the industry was not understanding the biology behind the diseases. Many drugs showed efficacy in animal models that were not predicative of human physiology. Clinical trials have been done the same way for decades. So a drug that might be effective for a small part of the population would inevitably fail when tested on a population with more genetic variance.

How is the pharmaceutical industry now responding? Going from such a high throughput route only a few years ago, drug development is now becoming focused on diseases being diagnosed by genetic drivers, and treated by genetically targeted agents. The strategy according to Mackay should be finding the right target, in the right tissue, with the right safety in the correct group of patients. This brings us to personalised medicine, something I have blogged about previously. Science now allows us to see a myriad of mutations associated with just one disease. A one size fits all drug approach is clearly not going to work on all those with the disease.  New developments in science reveal changes in gene expression and biomarkers to be associated with even the rarest forms of disease. Methods to diagnose the genetic basis of disease become a companion to developing drugs to combat the disease.

A proud Scot himself, Mackay extolled the talent that Edinburgh offers, well-funded science, academic collaboration and bio incubators such as BioQuarter to facilitate these collaborations. His advice to SMEs trying to collaborate with big companies was work with them at an early stage, don’t wait till phase II. What large pharmaceuticals do well is understand the safety aspects of drug development, and what a potential drug should look like.

Scotland is now considered ideal for focused clinical trials, with a small population willing to participate. This combined with our academic brilliance, pharmaceuticals more open now to R&D collaboration, and bio incubators attracting new sources of equity, can only give us hope that we are in an era where better medicines will be produced based around genetic targets.