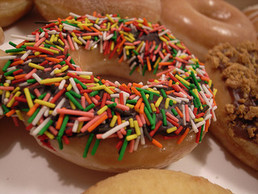 This blogger has always felt that assessing “likelihood of confusion” in trade mark disputes could often cause the very thing you were assessing: confusion.  The sheer number of cases where earlier decisions on infringement are overturned would suggest some support for this view. Two recent cases help to demonstrate the difficulties involved, one involving a name too good not to blog about...

First up was the decision of the General Court of the European Union earlier this month which overturned earlier decisions that use of the mark ZEBEXIR was likely to cause confusion with the registered trade mark for ZEBINIX.

The assessment of confusion is crucial where trade marks are not identical as infringement will still be made out if the use of a trade mark causes a likelihood of confusion in the mind of the public with an existing registered trade mark.  The courts have developed various rules to assist with this assessment of confusion. For example, the courts will consider whether two trademarks have similar sight, sound or meaning.  They will look at the strength of the trademark; the degree to which the trademark correlates with the underlying product (the more distinctive the mark and stronger association with a product, the stronger legal protection it receives).  And the proximity of the goods represented in the marketplace will also be assessed.

The application for ZEBEXIR was filed in classes 3 and 5.  ZEBENIX was already registered under these classes however the initial judgments stated that even with the marks sharing the first three letters, phonetic and visual impressions produced by the signs were different and excluded any likelihood of confusion, even with the same type of goods being involved.

However the General Court came to a different view finding that the average consumer in the EU, being more likely to attach importance to the first part of a trademark, would be confused as to the similarity of the two words, both visually and phonetically. The letter X was held to be particularly striking and reinforced similarities created by the first three letters, even though the X is situated in different positions. The Court therefore felt there was a likelihood of confusion.

Hot on heels of that decision came another from the same court, this one involving the memorably named Bimbo Doughnuts. As someone with a known fondness for doughnuts (very carefully typed) this case had particular appeal.  Bimbo applied to register BIMBO DOUGHNUTS in class 30, but DOGHNUTS was already registered in this class in Spain. Earlier decisions went against Bimbo who appealed to the General Court.

Bimbo argued that their trade mark was dominated by the element “BIMBO” (for which they had a registered trade mark) and that the “DOUGHNUT” element would just be considered descriptive by the relevant public. The Court disagreed, however as Doughnut is not a recognised word in Spanish so would not just fulfil a secondary or merely descriptive role.   Although the court accepted that consumers generally pay more attention to the beginning of a mark than to the end (a key factor in the ZEBEXIR case) it did not think the “BIMBO” element of the mark was sufficient to avoid likelihood of confusion.

The BIMBO case may well have been decided differently if it had involved a UK rather than Spanish mark, but as with the ZEBEXIR case it underlines the frequency with which different courts and forums will arrive at a different decisions when assessing the likelihood of confusion between two marks. Perhaps this is inevitable given the difficulty in developing a set of rules which will provide consistent results when dealing with such a seemingly subjective assessment.    However it does mean that people seeking certainty as to whether a proposed new company or product name is going to infringe an existing trade mark are unlikely to get it.