What’s next for furlough and support for the self-employed?

With the current deadline for furlough and SEISS looming, we provide some thoughts about what the Government might do next.

The Treasury has not announced that the furlough scheme will be extended beyond the current 30 April deadline but Rishi Sunak has refused to rule this out and it is looking increasingly likely that such an extension will take place. Firstly, lockdown has been extended since the current furlough scheme was announced, and so ending the support in April is likely to be premature. Secondly, the timing of the next Treasury budget, 3 March 2021, suggests that the Government may be planning to announce an extension to furlough. The date of the next budget is well before the expiry of the current furlough scheme and would give employers considering making collective redundancies (i.e. 20 employees or more) time to see whether the scheme was being extended. If it was not to be extended, employers would still have time to carry out the statutory minimum consultation periods that are required to make 20 or more employees redundant (30 days for 20-99 redundancies and 45 days for 100+ redundancies). However, if the scheme was to be extended, the announcement will come in time to avoid redundancies that would otherwise have taken place. Alternatively, the Government may decide to replace furlough with the Job Support Scheme. This more targeted support scheme was to be introduced in November 2020, before the Government backtracked and decided that the furlough scheme should be extended.

One of the thorny issues around furlough is whether working parents should be able to insist on being furloughed in order to accommodate their caring responsibilities. It is hoped that the schools will reopen across the UK around mid-February. However, this remains uncertain and if schools remain closed beyond Easter, many working parents in particular are likely to be relying on an extension of the furlough scheme. HMRC has updated its guidance to make it clear that parents and others with caring responsibilities (due to the pandemic) can be furloughed while the schools are closed. However it is important to note that, currently, while employees with children or other caring responsibilities can be furloughed, their employer is not under a duty to furlough them, and the matter remains at the employer’s discretion. Of course, a refusal to furlough employees with childcare responsibilities may constitute indirect discrimination by putting a protected group (for example women) at a “particular disadvantage”. This will be unlawful unless it can be objectively justified as a proportionate means of achieving a legitimate aim. An employer may be justified in refusing to furlough employees where it does not meet the needs of their business, but it can be difficult to get this right, so please contact our Employment & Holistic HR team if you would like advice on how to handle furlough requests from employees.

To some extent, the fact that many parents are working remotely means that furlough may not be necessary. However, not all children are able to carry out their schooling without the guidance of a parent and many employees have pre-school children and so furlough may still be appropriate in some cases. Homeworking has certainly become the “new norm” during the pandemic, and it is likely that the shift to homeworking will survive even when furlough is but a distant memory. Lockdown has shown that homeworking is possible on a huge scale, and well-known companies including Twitter, Facebook, Google, JPMorgan and Salesforce have already moved to make permanent homeworking a possibility for their employees. Our blog post about how both employees and employers can get the most out of home working in the long-term is available here. That said, not all jobs can be carried out entirely remotely and so after the pandemic, we are likely to see a rise in so-called “hybrid working”, where employees split their time between the office and home. Hybrid working balances the flexibility and deep-concentration of homeworking with the structure and social interaction of the office and should, in theory, offer the best of both worlds. Of course, homeworking, even on a part-time basis, comes with its own pitfalls. It is therefore important that employers have a homeworking policy in place to give guidance and parameters to employees about homeworking. If you’d like a template policy that you can adapt for your business, or would like us to draft a bespoke policy for you please get in touch.

Alongside furlough, there is a parallel financial government support programme for the self-employed, the Self-Employment Income Support Scheme (SEISS). The SEISS has operated as a series of three-month grants covering 80% of profits up to a maximum of £7,500 per month, and the fourth SEISS runs from February 2021 until April 2021. While it is still unclear whether SEISS will be extended beyond April, so far it has run alongside furlough, and so it is likely that SEISS will be extended if furlough is.

One issue that has arisen with SEISS is that the way it is calculated could be potentially discriminatory to mothers of young children. Campaign group “Pregnant Then Screwed” has brought a claim for judicial review to challenge the way that SEISS operates, as it is calculated with reference to average profits between 2016 and 2019. This means that self-employed mothers who have taken maternity leave between 2016 and 2019 receive lower payments, as their maternity leave income (or lack of income) is factored in when calculating their average profits, which is, according to the group, discriminatory. The judicial review that has been brought by Pregnant Then Screwed may lead to a change in how SEISS is calculated, and if it is successful, it will benefit anyone self-employed who has taken maternity leave between 2016 and 2019.

As with the pandemic, the Government support for the UK’s workers and employers is continually changing. If your business needs assistance with navigating the various support schemes, please get in touch. 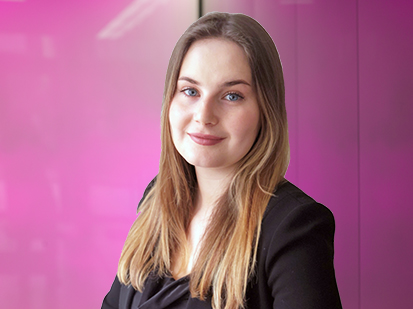