When beliefs extend beyond Veganuary

Discrimination in the workplace continues to challenge employers. As record numbers sign up to the annual Veganuary Challenge, following last year’s ruling that ethical veganism is a protected characteristic, it is worth reviewing working practices and business activities to be sure to keep in step in this area of the law.

Record numbers signed up to ditch meat during January for the Veganuary Challenge, but even when burgers are back on the menu, employers need to keep an eye on safeguarding ethical beliefs for vegans who make it a lifestyle.

The interest in veganism has seen the numbers undertaking Veganuary soar in recent years, with 500,000 people taking part in 2021.  But while many are simply testing the health benefits of a short-term change in their fridge contents, for those people who choose to become vegan in the long term, it is often not just about diet, but rather a way of life. If they make an ethical decision to live without the use of animal products, this will affect what a person wears, the products they use, or their work and leisure activities.

The Vegan Society describe veganism as “a philosophy and way of living which seeks to exclude … exploitation of, and cruelty to, animals for food, clothing or any other purpose; and by extension, promotes the development and use of animal-free alternatives for the benefit of animals, humans and the environment”.

Such beliefs caused a clash when long standing ethical vegan Jordi Casamitjana challenged his employer, The League Against Cruel Sports, for the way pension funds were invested.  The League is an animal welfare charity which campaigns against sports such as fox hunting or bullfighting and Mr Casamitjana was a qualified zoologist who had dedicated his life to helping animals in need, working in animal protection most of his working life, becoming a strict vegan in 2000.

On joining the League, he was enrolled into their pension scheme but later discovered that the fund was investing in companies known to engage in animal testing, such as pharmaceutical or tobacco companies. After objecting, and there being no change in practice, Mr Casamitjana wrote to colleagues setting out his discovery, and when he was later dismissed claimed this was due to his ethical veganism, although the League argued that the dismissal was on conduct grounds.

When the case was first heard by the Employment Tribunal, the focus was not on whether he had been unfairly dismissed, but on whether ethical veganism was a philosophical belief capable of protection under the Equality Act 2010.  The Act prevents direct and indirect discrimination based on protected characteristics, which include gender, age, disability, race, sexual orientation, personal relationship status, and religion or belief, and extends to consumers, the workplace, education, public services, private clubs or associations and when buying or renting property.

To satisfy the definition of a philosophical belief, ethical veganism had to pass a series of tests, as set out in the Equality and Human Rights Commission Code of Practice on Employment 2011.  These include whether it was formed in respect of a weighty and substantial aspect of human life, has attained a level of cogency and coherence and could be worthy of respect in a democratic society.  It must be not be incompatible with human dignity nor conflict with the fundamental rights of others.

In giving his ruling, Judge Robin Postle said he was “overwhelmingly” satisfied that ethical veganism constituted a philosophical belief and so those holding such beliefs should be protected against discrimination.

This ruling distinguished ethical veganism from vegetarianism, which was tested in an earlier case - Conisbee v Crossley Farms Limited & Others.  Here the Employment Tribunal decided that vegetarianism was not a philosophical belief which qualified for protection under the Equality Act 2010, saying it did not attain the necessary level of ‘cogency, seriousness, cohesion and importance’ required, and that the practice could be adopted for a variety of reasons, such as lifestyle, health, diet or concerns about animal welfare.

While last year’s decision in the case of Mr Casamitjana does not have a binding effect on other tribunals, as each case will depend on its own facts, it highlights the need for employers to continually review their practices and policies to be sure they are not discriminating against any employees because of their beliefs.

The implications are perhaps more significant given the continued rise in popularity of veganism.  Figures suggest there are as many as 2.2m vegans in the UK currently, compared to just 150,000 in 2014.  That rise has been pushed in no small part by reports from the UN and academics, highlighting how switching to a plant-based diet could help fight climate change.

While the ruling may appear to open the floodgate for vegan-related demand by employees – such as whether leather chairs are acceptable or if they should handle products containing animal ingredients – tribunals will be taking a measured approach in deciding whether such issues are discriminatory.  A similar case involving a Muslim employee, who argued his beliefs prevented him handling alcoholic products, was unsuccessful when heard by the tribunal.

Best practice is to ensure that vegan beliefs are accommodated in the same way as other beliefs, such as ensuring that any food provision for employees in canteens takes account of vegan preferences or avoiding demands that employees wear leather shoes.  Staff training should be kept up to date as to what constitutes discrimination and unacceptable behaviour, and employees should have an identified point of contact to report incidents of discrimination.

This reflects the ongoing need for business recruitment and working practices to keep pace with both the law and changing attitudes across society.  Failure to keep up with such trends is no defence when it comes to employers providing appropriate protection for employees.

If you would like one of our qualified employment lawyers to ensure your practices and policies are non-discrimatory, we would be happy to help. Please contact the Head of our Employment Law & Holistic HR team Hannah Roche: hannah.roche@mbmcommercial.co.uk. 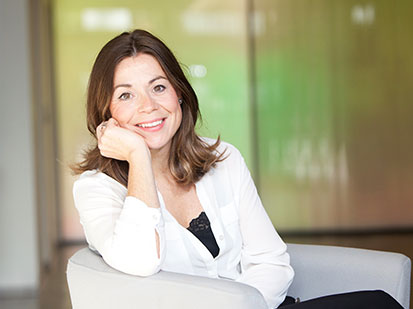 Hannah Roche Partner Head of Employment & Holistic HRView profile
Tweet
What’s next for furlough and support for the self-...
Snack & Chat Podcast - Episode 8