Welcome to our Knowledge Portal, containing an archive of all of our older blog posts. For our latest blog posts please click here.

Online fraud was a commonly reported news item last year, and we anticipate that this problem will continue to gain traction in 2020. We look back at a case from the Outer House of the Court of Session from late 2019, which illustrates the risks to employers and employees alike. Peebles Media Group Ltd against Patricia Reilly ([2019] CSOH 89).

The pursuer, a Glasgow-based media group, raised a claim for damages against the defender, a former employee, for causing the company to lose £107,984.02 to a whaling fraud.

“Whaling” is a relatively new type of fraud. Many of us have heard the term “phishing”, which describes a fraudster sending messages out to a large group of people chosen at random, in an attempt to dupe as many as possible. Whaling is somewhat more sophisticated, with the fraudster targeting specific companies and personnel.

The defender was a credit controller at the pursuer company, who received emails appearing to be from her boss’ email address. The messages asked her to make substantial payments to a number of companies. Nothing about the emails aroused the defender’s suspicions, and she duly executed the payments. It was not part of her job to make payments, but both her boss and the employee who usually dealt with outgoing payments were on holiday. The fraudster, emboldened by the success of their first attempt, made further payment requests over a number of days. These requests were also complied with by the defender; whom, noticing that the company current account had insufficient funds, took it upon herself to transfer money from the invoicing account. The defender paid out a total of £193,000, of which the pursuer’s bank was able to recover approximately £85,000.

What were the legal arguments?

The pursuer felt that the emails were obviously fraudulent: the language, tone and errors in the messages should have raised the defender’s suspicions that the messages were not really from her boss. The pursuer argued that the defender had breached her contractual obligation to exercise reasonable care and skill, in making the payments without verifying that the requests were genuine. The defender strayed well beyond the limits of her authority by transferring funds from another company account without any instructions to do so.

The defender argued that no remedy was available to an employer for losses caused by an employee. Lord Summers considered the cases of Lister[1] and Janata Bank;[2] noting that it is indeed rare that an employer recovers damages from an employee. However, he found that that pursuer was entitled to damages if they could establish breach of contract.

Lord Summers was not convinced by the defender’s plea of contributory negligence, which was argued on the basis that she had not been trained to identify fraud.

What was the outcome?

Lord Summers sympathised with all of the involved parties; the business having lost a substantial amount of money and the defender having lost her job.

He did not agree with the pursuer that the emails were obviously fraudulent, and was not convinced that the defender had breached her contractual obligations in making the first set of payments to the fraudster. However, he did find that in transferring money from the company invoice account, she was in breach of her obligation of reasonable care and skill. The pursuer’s arguments ultimately fell down at the hurdles of causation and remoteness of loss. The defender had attempted to phone her boss after receiving the first of the emails, but was unable to get through because her boss was on holiday. Her boss being unreachable by phone, the only way for the defender to seek authority for the transfer of funds was via email. Had she asked for authority to transfer the funds from the person she believed was her boss, the fraudster would simply have encouraged the defender to go ahead, and the payments would still have been made. The pursuer had not established that if the defender had performed her duties correctly, the money would not have been lost.

Lord Summers’ judgement provides useful insight for employment law and professional negligence practitioners on the availability of damages for employers for loss caused by employees. The case also cautions us always to treat emails asking for money with suspicion, even when we believe they are from a sender we trust.

We would like to update you on a number of new appointments over the past few months:

You can view all our new appointments on our team page here. 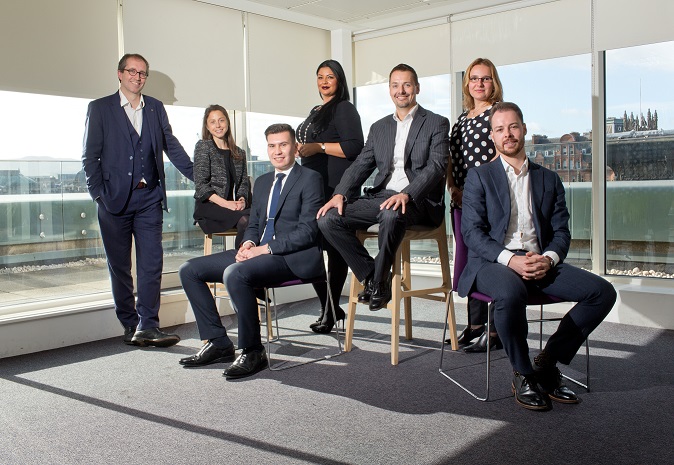 The lead up to the summer is always a busy time of year for the MBM Corporate Team and this year is no exception. Investment activity across our UK client base has remained steady but we’ve seen a particular increase in exits for some of our client companies as well a dramatic increase in the number of VC funds that are now coming together.

With recent news highlighting the withdrawal of the European Investment Fund from new British VC funds, an important cornerstone investor may be seen to be withdrawing from the market but we have seen family offices becoming an increasing prevalent source of cornerstone investment. For many years the Scottish Investment Bank has been a cornerstone investor in Scottish high growth companies and many private investor groups have come to rely heavily on the SIB always being there with a 50% match. Sadly the annual budget for SIB and its investment funds has been dramatically reduced by the Scottish government from April and private investors will now need to work harder to co-invest with each other on deals where SIB’s support can no longer be guaranteed. Given this news we are delighted to see Pentech close its second venture fund of £88m and JB Equity successfully raise £10m from The British Innovation Fund for Roslin Technologies Limited, the ground breaking joint venture they established. We are working on other new fund formation deals which have a target closing of June and July, so the overall outlook remains positive.

We can’t list all of the deals we have been involved with but we hope the deals which we have set out below help highlight what we have been up to and give you a flavour for some of the work that we regularly advise on. If you would like help on a deal or would like to discuss how you might structure one for you, then please feel free to get in touch with any of our corporate partners (Kenny Mumford, Michael Arnott, Tracey Ginn and Stuart Hendry) or your usual contact within the firm:

2017 is set to be another year where unexpected events continue to unfold before us. Trump has survived his first 100 days in office, the starting button has now been pressed on the Brexit process and we now await the outcome of our general election. What is next…? Will the future of the UK be “strong and stable” or “weak and wobbly”!?

Supporting and developing the entrepreneurial ecosystem is a key ingredient of ensuring that innovative businesses can quickly grow and scale into international businesses with the prospect of growing a “strong and stable” economy. The ‘Engage Investment Exploit’ tech investment conference, which we have now supported for the fifth year running, is one of the most impressive events of its kind in the UK which showcases some of our most exciting companies of the future to numerous investors. It has become even bigger and better than previous years and we need to make sure that this event continues into 2018 and beyond and grows its international reach.  Duncan Logan was one of several inspirational speakers at EIE 2017 and he made the point that we need to work hard to make sure that our high growth companies are successful. As a former farmer he used the analogy that young lambs have a habit of trying hard to kill themselves and that without proper support and guidance many of our start-up companies are like young lambs!!  This is your Kitchener moment to think about what you can do to act as a guiding shepherd and help our entrepreneurial businesses to grow, scale and succeed!

In the ‘iDeals’ section of this newsletter we have turned the spotlight on a number of deals which we have been involved with. These deals help highlight what several of our entrepreneurial businesses have been doing and we are delighted to have been given the opportunity to support them with their exciting plans and help make them happen.

When we are not working on deals we do our best to run various initiatives and we were delighted to host a tech trade mission from Bavaria, an event on syndicated investments with Syndicate Room, an ‘extraordinary lives’ event featuring film producer and screenwriter Paul Pender, numerous US legal workshops and a Financial Conference with speakers like the CEO of Metro Bank.  We even managed to co-host a data security event along with the Cyber Academy less than one week after the WannaCry ransomware attacks!  Please read on to find out more about some of these events and the wish list of the German tech companies who visited us on the tech trade mission.  I can’t list every event but we are very grateful for everyone involved who has been kind enough to give up their time to help out.

Please in particular note our article about data security and the far reaching data protection changes which will be introduced in less than 12 months. Detailed slides on these changes are available via a link within the article. In terms of crystal ball gazing I have also put separate proverbial ‘pen to paper’ about the smart use of data and why we could all be driving electric cars by 2025! As ever, my colleagues and I are happy to respond to any questions that you may have about how any of issues outlined in this newsletter may affect you.

We look forward to continuing our journey with you, providing you with excellent specialist advice and thank you once again for your support.

Your product or service is ready to cross the Atlantic. The next step in your business plan is the successful implementation of your sales strategy to set up your brand in the U.S. What factors help make that a success?

The U.S. offers great opportunities for businesses; it is a large, diverse market. The success of your business in the U.S. may be optimized by careful forward planning and taking advice from those experienced in the market, identifying your U.S. sales strategy and customers, engaging the right team and adapting your business’s marketing materials, products or services for the U.S. market. Good luck!