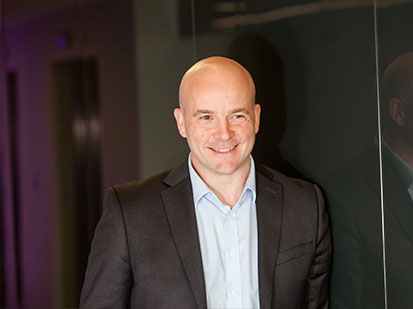 Kenny joined MBM Commercial as a partner in the corporate department in 2008.

Prior to joining MBM, Kenny worked at Shepherd & Wedderburn and had roles at the precursor to the Scottish Investment Bank and Braveheart Investment Group Plc.

Kenny’s role draws upon his general corporate experience and in particular, his experience with fund formation, growth companies, M&A deals and angel and venture capital investments.

Since joining MBM Commercial Kenny has been involved in a huge number of equity investments, acting for investors (whether angels or VCs) and investee companies.

Kenny has also had a lead role in many of the prominent M&A transactions that MBM Commercial has been lead adviser on such as the acquisition of Smart Storage by Kangaroo Storage.

Kenny also advises a number of investment funds and was the lead adviser in the successful closing of Seraphim Space LP, Episode 1 Investments 2 LP, Imbiba 1 LP and Emerge Venture Partners I LP.

Kenny’s involvement in growth company equity and debt investments spans all sectors and deal sizes, including acting for Immense Solutions Limited in their $4.6m fundraising and acting for Seraphim Space in their UK growth equity investments.

While investments in growth companies and their ultimate exit strategies remain at the core of Kenny’s practice, an increase in alternative fund structures has been particularly interesting.

Kenny became Head of Corporate in August 2015 and divides his time between his Scottish client base and the firm’s increasing London client base.

"Bikes, ideally on a muddy hillside somewhere but almost as happy on a long stretch of tarmac or something more gentle with the family."