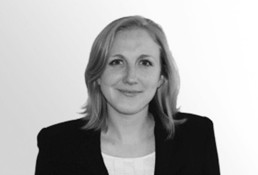 In 2015, the Scottish Government is set to exercise for the first time its power to set and collect a proportion of its own revenue by introducing the Land and Buildings Transaction Tax (LBTT) as a replacement to the current UK-wide system of Stamp Duty Land Tax (SDLT). There has been recent press about the new system as the Bill to introduce the new tax has been debated in the Scottish Parliament.

The impact of exceeding each threshold will therefore be greatly reduced under the new system.

The final rates of tax to be paid and the thresholds at which they are to apply are not fixed by the Bill and are not to be announced until at least September 2014 but it is clear that some purchasers/tenants will gain as a result of the new ‘progressive’ approach while others will lose out depending on the price being paid.

There look likely to be other differences between the two tax systems, for example there does not appear to be sub-sale relief in the same way as under the SDLT system (seen by some as a tax avoidance measure) and payment of the tax may have to be made prior to registration (rather than just the tax return submitted), with payment made direct to the Registers of Scotland at the same time as registration of the transaction is sought.

The Scottish Government has yet to refine the detail of the new tax in a number of areas (commercial leases, partnerships and trusts) but will do so in the next draft of the Bill following consultation with the legal profession at which point no doubt there will be a great deal more discussion.

(*The rates quoted are those applicable to commercial, rather than residential, property)

For more information, please contact me using the details below.