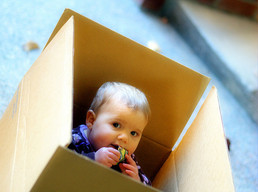 This was the title for the first in our Spring series of Intellectual Property in Practice seminars which took place yesterday morning. Despite the decidedly un-Spring like blizzards, a decent turnout heard guest speaker Susie Walker of Johnston Carmichael  manage the not inconsiderable task of simplifying what is extremely complicated legislation.

The Patent Box regime comes into force on 1 April. Although the principle of corporation tax relief from patent exploitation is quite simple, as usual the devil is in the detail.

The Patent Box will allow companies to apply a lower rate of corporation tax of 10% to profits earned from patented inventions and certain other innovations. To be eligible a company must own or exclusively licence patents granted by the UK Intellectual Property Office, European Patent Office or patents granted by selected countries in the European Economic Area. US patents are not included.

An important point to note is that having an exclusive patent licence is not on its own sufficient to qualify for Patent Box. One of the other key criteria is that the company must have performed “qualifying development” which means creating or significantly contributing to the patented invention or performing a significant amount of activity to develop the invention, any product incorporating it, or any process incorporating the invention.

At first blush this seems to make Patent Box rather difficult for patent licensees other than perhaps University spin-outs where the company is very likely to have been involved in developing the technology. However the message seems to be that this obligation may not be as onerous as it first appears, and that patent licences which allow for ‘development’ of the licensed patent may well open the door (or indeed lid) to the use of the Patent Box.

Although the Patent Box regime was developed with large corporates in mind, the message is that it can also work for SMEs.  The benefits could be quite significant and could be an important factor in decisions on company group structures and particularly in the negotiation – or indeed re-negotiation of patent licences.

A detailed summary of the regime is beyond the scope of this blog – but some important points to bear in mind include :

• There has to be a good commercial reason to incorporate the patented product into the end product. Anti-avoidance rules will prevent companies from abusing the system by incorporating a patented item into an expensive product where there is no reason for the addition.

• When IP is held within a group of companies, satisfying the “development condition” may be less straightforward.  However there are specific rules to govern the change of ownership of companies which have developed eligible patents, so that the implications for new group structures are clear.

• Licence exclusivity must extend throughout a national territory. Territory cannot be just part of a single country.

At the very least the regime should prompt companies to review its patent portfolio if not rethink its patent strategy.   It should also cause companies to re-assess group company structure and activities to ensure no potential benefits are lost, formalise any unwritten intra-group licence, and carefully consider the Patent Box implications in any proposed M&A activity.