In my last blog (The Wonderful World of Medical Devices – Part I: Definition and Claims), I discussed the various definitions of a medical device and why it is important to clearly define the claims that you want to demonstrate.  In this blog, I will discuss the regulatory environment, the changes that are coming post-Brexit and getting your device to market.

The UK’s Medicines and Healthcare Products Regulatory Agency (MHRA) have recently posted information about how medical devices will be regulated in the UK post-Brexit.  Although we are told that ‘a new route to market and product marking will be available for manufacturers wishing to place a device on the Great Britain market from 1 January 2021’, one of the key take-aways in MHRA’s update is that ‘CE marking will continue to be used and recognised until 30 June 2023’.  Given that no one yet knows what this ‘new route to market’ for Great Britain actually looks like, it is likely that manufacturers breathed a sigh of relief when they learned that CE marking would continue to be recognised in Great Britain (Northern Ireland is, of course, a special case) and, consequently, it’s to be expected that the overwhelming majority of UK and non-UK medical manufacturers who sell their products in Britain will also continue to recognise CE marking.  I shall therefore focus on EU regulations for the purposes of this blog post.

As if Brexit wasn’t enough to worry about, the ground is currently shifting in terms of how medical devices are regulated in the EU.  After some 27 years of relatively little change, the requirements for CE marking medical devices are undergoing significant – some of us might say ‘traumatic’ – upheaval.

Since the early 1990s, medical devices were regulated by three European Directives, one each for active implantable devices, in vitro diagnostic devices (IVDs) and ‘general’ devices (the ‘MDD’), which represent the vast majority of medical devices.  In April 2017, the EU Parliament adopted two new Regulations, one for general devices (which now includes active implantable devices) and one for IVDs.  In a nutshell, these Regulations took all the information gained from what the ‘best’ manufacturers were doing – in some cases voluntarily – under the Directives and made it compulsory for the rest of the industry to raise itself to the same level.  Is moving from Directives to Regulations the right move for patient safety?  Definitely.  Good for industry?  Time will tell!

The impact the Regulations are having on the medical device industry remains a very active and evolving topic, even three years following their adoption, and, to be sure, many within the industry have voiced concern over how the Regulations will be enforced.  Most of this resistance comes from manufacturers of relatively low risk devices who’ve worked hard to comply with the relevant Directive over many years and have accumulated stacks of data supporting the safety and efficacy of their products, but who are now faced with what – to them – seems a rather draconian new set of rules.  To be clear, nearly everyone agrees that patient safety is paramount and hence any resistance to the Regulations has been a result of the speed with which they are coming into force rather than on their intent and focus.  One thing is clear though; no matter where you fall on the pros and cons of the MDR and IVDR, they are bringing with them a substantially increased level of scrutiny across the board.  But this leads to a new set of potential problems, as we shall see further below.

The MDR was meant to go into full force on the 26th May 2020 (for the IVDR, it was 26th May 2021), but due to the Covid-19 pandemic, these dates were pushed forward to 26th May 2021 and 26th May 2022, respectively.  As welcome as this one-year delay was to the industry at the time of its announcement, it’s safe to say that as I type these words, many manufacturers now have their finger poised nervously over the panic button.  Although a number of the MDR’s key provisions will need to be met by next May, it is worth mentioning that most existing medical devices that were CE marked under the MDD prior to May 2020 (now May 2021) will benefit from a ‘grace period’ equal to the expiry date on their current CE certificates, effectively providing these manufacturers with additional time to review and, if necessary, undertake time-consuming and potentially expensive retesting/re-evaluation of their products to ensure full compliance.  But any new devices currently under development will need to aim for compliance to the Regulations.

Having defined the ‘class’ that your medical device falls into (see previous blog), the MDR is consulted to help determine the most appropriate route to conformity.  For almost all devices in Class IIa, IIb and III (and even some in Class I), you will need to engage with a third party known as a Notified Body (NB).  The NB must be based in the EU and must be accredited by its national competent authority to carry out medical device assessments in accordance with the MDR/IVDR and for the specific device type/technology.  The NB will review the product’s technical documentation based on the chosen conformity assessment route, ensuring it all meets the relevant Articles and Annexes in the MDR.  The NB is also responsible for confirming that a documented quality management system (QMS) has been implemented and is being managed effectively.  This applies to everyone.

Whilst manufacturers of Class I medical devices are obligated to meet all the same (applicable) requirements in the MDR as their higher risk counterparts, these devices can be essentially self-certified with no NB involvement, unless the device in question is provided to the market in a sterile condition, has a measuring function or is a reusable surgical instrument.  But for the higher risk devices (i.e. Class IIa and above), the NB will be an important partner in the product’s CE marking journey.  NBs are private organisations who will invoice quite a lot of money for their services but yet are tasked with acting as your regulatory authority.  (If you ever find yourself in the nightmare scenario of being a pub filled with regulatory affairs professionals and you want to start a lively debate, ask someone next to you, ‘How can Notified Bodies be truly objective if the manufacturers they’re expected to regulate are also their paying customers?’)

Another way to produce a strong response from any medical device regulatory consultant is to ask about the current availability of NBs who are accredited to assess technical documentation under the MDR!  The advent of the MDR/IVDR has already led to a far higher level of scrutiny on NBs (by the national competent authorities) and, as such, an alarmingly large number of NBs operating under the previous Directives were either culled or elected not to continue offering services to medical device manufacturers due to the anticipated additional resources needed to be able to convince their national authorities of their competence and ability to function effectively under the Regulations.  In other words, the industry lost about 40% of NBs about two years ago.  Those that have remained in business have been working furiously to achieve their accreditation whilst at the same time being inundated with panicked customers who need to be ‘transitioned’ from the relevant Directive to the relevant Regulation.   On top of this, there were suddenly hundreds of ‘orphaned’ manufacturers knocking on their door because their NB suddenly notified them that they were no longer in business!  As chaotic as this has been for manufacturers of medical devices already on the market, this whole scenario leaves little scope for any newco looking to engage with a NB and bring their novel and beneficial product to the market, for the foreseeable future at least.

Getting your device to the market

Notwithstanding the above convulsions the introduction of the MDR and IVDR is causing the industry, once the dust settles and a NB has been engaged, they will complete their formal review of the device’s Technical Documentation, i.e. specifications, drawings, test reports, validations, risk management documentation, labelling and clinical evaluation (to name just a few sections) whilst around the same time they will be running your Quality Assurance department (or Consultant) ragged by auditing the QMS against the international standard ISO 13485.  Only after any gaps (‘non-conformities’) resulting from these audits have been addressed to the NB’s satisfaction will you receive two freshly printed certificates to hang on the wall of your reception foyer and the device can be placed on the market, one for certification of the product to the relevant Regulation, one for certification of the QMS.  Both certifications will be subject to periodic surveillance audits and full re-certification audits approximately every 3-5 years.

Given the varying timescales involved with creating all the necessary technical documentation for different types of medical devices (not to mention whether or not a formal clinical investigation will be required – this is not always the case but may be for a truly novel technology), it’s not easy to predict how long it will take to get from concept to CE marking, but in my experience somewhere between 2-3 years is about average for most devices, including software, depending on the novelty.  Low risk devices can sometimes take as little as 8-12 months, but high-risk devices such as cardiovascular implants can take anywhere from 4-7 years, and that’s if everything goes well!

Whilst I’m going to stop here, rest assured the regulatory journey for your medical device most certainly doesn’t stop with CE marking.  A quick peek behind the curtain reveals two key areas where the MDR differs significantly from the previous Directive: Post-Market Surveillance (PMS) and Post-Market Clinical Follow up (PMCF).

Medical device regulatory affairs were already challenging but, as we’ve seen, the changing requirements certainly complicate the picture.  Those wishing to explore business opportunities in this fascinating and rewarding sector would be prudent to take the time to understand these evolving regulatory requirements in the EU and indeed other markets in which they hope to operate. 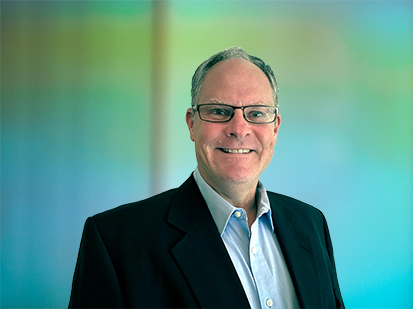