The so-called “Wagatha Christie” dispute between Coleen Rooney and Rebekah Vardy has once again been brought into the limelight with testimony in the libel case wrapping up last week in the high court in London.  Full of high-profile witnesses including the WAGs and their husbands, the trial lasted nine days and the Judge’s ruling is expected in the next couple of weeks.

Although nothing with similar levels of notoriety has happened in Scotland (so far!), the case has led me to think some more about the new Defamation and Malicious Publication Scotland Act 2021 (which has significantly updated the law of defamation in Scotland, previously largely governed by the Common Law).

Can defamation lead to court action?

A court action can be raised only if the defamatory statement has been published to someone other than the person it is about and if it has caused or is likely to cause serious harm to that person’s reputation. Publication doesn’t have to be in a newspaper or a tweet — it simply means that the statement is communicated by any means to a person in a manner that person can access and understand. The statement is considered published when the recipient has seen or heard it.

Essentially, if person A were to send a personal text message to person B making an offensive comment about them, that would not be defamation. However, if that text were to be screenshot by person A and they then tweeted out to their 5,000 followers, and the result of that tweet was that those followers thought less of person B, that statement could be classed as defamation.

Can you defame a company?

Where the “person” who the statement is about is not a natural person, i.e., a company or partnership which trades for profit, the harm is not serious unless it has caused serious financial loss.

The truth, the whole truth, and nothing but the truth

There is a defence to defamation—the truth! The statement being published cannot be defamatory at all if it is the truth, or “substantially true”. If multiple accusations are made in one statement and some are true, some are false, the defence of truth can still be successful even if not all of the accusations are proven to be true.

Another defence to defamation proceedings is for the defender to show that the statement is a matter of public interest and that they reasonably believed that publishing that statement was in the public interest.

However, this defence will fail if the pursuer can show that the defender did not genuinely hold this opinion.

A person does not have the right to raise defamation proceedings under the new Act against another other than the author, editor, or publisher of the statement, or an employee or agent who is also responsible for the statement’s content or the decision to publish it.

Therefore, Rebekah couldn’t go against Twitter for facilitating the post of Coleen’s tweet. If one is trying to get redress for a tweet or other social media post, the best way of proceeding will often be to report the post to the social media provider and seek to get it removed as being abusive or harmful.

Defamation is still quite a difficult and sensitive remedy, though the 2021 Act makes it much easier to understand. If there is serious hurt or financial loss sustained through the malicious or thoughtless comments of others the remedies should not be ignored.

Think you have been defamed? Get in touch with once of our team today to understand your options for redress. 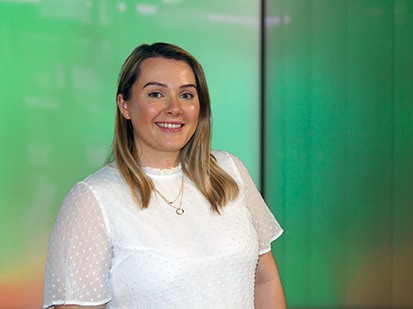