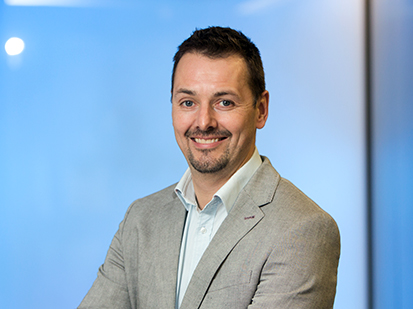 Stuart is an award winning lawyer, a co-founder of the firm and became its Senior Partner on its tenth anniversary in 2015.

Stuart is still very actively involved with client work at MBM Commercial and divides his time between his Scottish and London client bases. Acting as legal adviser to numerous investors, technology companies, entrepreneurs and business owners, Stuart regularly deals with a wide range of corporate, corporate finance and M&A deals. He is often retained to help clients plan ahead for specific events, such as a major funding round or company sale. Stuart is regularly involved in deals involving VC funds, mezzanine debt providers, overseas acquirers, trade investors, business angel syndicates and academic institutions.

The focus at MBM is to add real value and Stuart has helped initiate several deals, matched investors to client companies and helped companies complete their management teams.

Stuart is ranked in the independent Chambers UK Guide as a “Leader” in the field of Corporate / M&A:

"Stuart is extremely knowledgeable and incisive. He is a good negotiator, he's pragmatic and he's a great man to have in your corner."

“Stuart is outstanding – his depth of knowledge and experience in acting for young high growth businesses is extraordinary.”

"Stuart is one of the best lawyers I've ever met. His work ethic is second to none – he's a strategic and technical adviser as well as a lawyer."

“Stuart is a very significant name in the start-up market. He frequently advises investors, technology companies and entrepreneurs on various corporate matters. He is ‘very efficient’ and ‘can deal with complex matters’.”

In 2011 Stuart was named the Corporate Lawyer of the Year in the Scottish Legal Awards, in recognition of his focus on deal-making and contribution to the technology sector.

He has a Masters Degree in Information Technology and Telecommunications Law and is a regular guest speaker at events and seminars on investments, deal-making and complex commercial contract issues. This has included running Investment Masterclasses for Scottish Enterprise and its cohort intakes of high growth companies as well as running external CPD seminars for third party lawyers on corporate deal-making and complex contract negotiation issues. During the Scottish Independence and Brexit Referendums Stuart ran a series of events in conjunction with Edinburgh University to explore the impact of a ‘Yes’ or ‘No’ vote on entrepreneurial businesses. More recently Stuart has organised and chaired ‘Series B and Beyond’ investment conferences in Edinburgh and London.

Stuart spends a lot of his personal time with his young family. He also tries to keep fit, reduce his golf handicap (without much success!) and improve his technique on the ski slopes. Talking about off-piste powder skiing gets him very excited!