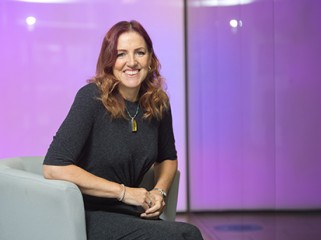 Cat is a partner at MBM Commercial LLP and currently heads up their Dispute Resolution Team.

A 'leading voice' in financial claims, with a 'never say die’ attitude, and really fights her client’s corner. (Legal 500 2017)

'A force to be reckoned with', who 'displays calm equanimity in the face of challenging, complex and often adversarial situations'. (Legal 500 2018)

'A pragmatic and sensible approach..she is extremely tenacious and her work with individuals against the banks is admirable'. (2018 edition of Chambers, one of only 9 lawyers ranked in Chambers in Scotland for Banking Litigation).

'She responds quickly and professionally, demonstrating strong interpersonal skills, commerciality and leadership….her keen sense of perspective allows her to retain focus on the bigger picture.' (Chambers 2019, one of a total of 8 lawyers ranked for Banking Litigation).

Cat is the only solicitor to have won the prestigious title of “Solicitor of the Year” twice, at the Law Awards of Scotland in 2015 and 2012, having previously been short-listed for the award in 2010, and in 2016 led her team to victory in the Scott & Co Legal Awards, winning “Litigation Team of the Year”. She has law degrees in English and French Law from Leicester, and in Scots Law from Edinburgh, and holds a Diplome d’Etudes Juridiques Francaises from the Universite Robert Schumann in Strasbourg.

Prior to joining MBM in 2008, she spent several years in a large litigation practice in Edinburgh, before becoming an Advocate at the Scottish Bar in 1998. She spent 10 years in busy practice as an advocate before joining MBM, and having undertaken cases in the Sheriff Court, the Court of Session and the Appeal Court, she has been able to apply her extensive litigation and courtroom experience to the work she now undertakes for her clients. She sits on the Lord President’s Consultative Committee on Commercial Actions, chaired by Lord Doherty, and has also been appointed to the Law Society of Scotland’s Professional Conduct Committee, which sits every month. Additionally, she is also a Writer to the Signet (WS) and has been appointed to the Council of the WS Society.

Her clients include individuals, technology companies, property developers and entrepreneurs. She specialises in both financial claims, against banks and other financial institutions, and in professional negligence. She is a member of the Professional Negligence Lawyers Association, and the sole Scottish representative of the International Banking Litigation Network, an association of law firms across Europe who are willing to handle complex claims against banks and who have the required level of knowledge and experience to do so. She is also Acting Deputy Chair of the Independent Monitoring Panel of the Chartered Bankers Professional Standards Board, is a member of the Westminster All Party Parliamentary Group on Fair Business Banking's Professional Advisory Panel, was a Committee member of the House of Commons Parliamentary Inquiry into Financial Disputes, and in the summer of 2018 was asked to provide expert testimony to the Treasury Select Committee on financial disputes.

In addition to her work in financial claims, Cat is a qualified mediator, and mediates regularly for her clients. She also has an established expertise in professional negligence claims, advising clients with claims against a range of former professional advisers including solicitors, surveyors, financial advisors and financial institutions, and in May 2020 was appointed to the Law Society’s Pursuer’s Panel, a Panel of 8 solicitors with expertise in dealing with professional negligence claims against other solicitors, who advise the public on claims for negligence.

She also has an established expertise in general commercial and contract disputes, inter-company disputes, and in professional negligence claims, advising clients with claims against a range of former professional advisers including solicitors, surveyors, financial advisors and financial institutions.

Many of Cat’s cases are “David and Goliath” battles, but those she acts for are quick to say that she is “someone who knows how to throw a stone or two”. She is renowned for taking ownership of the problem as if it were her own, demonstrating real approachability and empathy, and is praised by her clients for going the extra mile to do the very best she can for them.

Outside of work Cat is a road cyclist, skier and swimmer with varying degrees of success and ability. She particularly loves open water swimming and has swum across various sensible and less sensible stretches of water, including the Firth of Forth, Loch Tay, and the Corryvreckan Whirlpool between Jura and Scarba. In her less frenetic downtime she’s a big fan of trash TV.