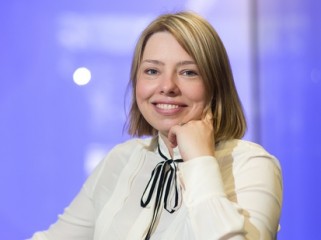 Olivia is a Consultant at MBM Commercial

Olivia is a U.S. qualified attorney admitted to the bar of New York whose practice is dedicated to strategic immigration assistance for businesses wishing to establish or strengthen a U.S. presence and individuals interested in visiting, working in or immigrating to the United States of America.

After working in U.S. immigration and nationality law in New York City for a decade, in 2014 Olivia moved to Edinburgh, where she has been guiding businesses of all sizes in accessing the U.S. market. Olivia regularly speaks and writes on U.S. immigration law topics. While in New York, she co-authored the immigration law column for the New York Law Journal. She has been active in the American Immigration Lawyers Association and currently serves on the Board of Directors for the American-Scottish Foundation, a not-for-profit philanthropic organisation based in NY. Olivia has been listed in Who’s Who in Corporate Immigration (2015-2019) and Super Lawyers (Rising Stars and Top Women Lawyers NY Metro 2013-2014).