Two Case Studies – A Cautionary Tale of the Benefits of Caveats

Two Case Studies – A Cautionary Tale of the Benefits of Caveats 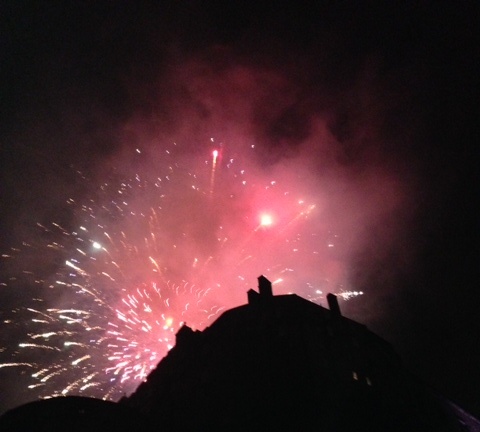 For anyone who has not had an opportunity to read Iain’s blog, caveats act like an early warning system for court actions in which interim orders are sought. They cost fairly little to lodge and last for a year.

Mr A ran a company that made and sold umbrellas. To make the umbrellas, he purchased necessary materials from Mr B’s company. Recently the weather had been pretty dry and Mr A’s business was not doing as well as he had expected. Mr A fell a bit behind on his payments to Mr B for the materials he provided. Mr A also felt that Mr B had recently increased his prices unjustifiably, considering that the quality of the materials had not really improved. Mr B sent a few demand letters to Mr A asking him to pay up. Mr A was looking to buy himself a bit more time as autumn was coming and umbrella sales were expected to pick up. He asked Mr B for a short extension as the umbrella manufacturing company was still healthy and expected to get back on track once it started raining again.

Unfortunately Mr B was not a very patient man and sought to wind up Mr A’s company on the grounds that it could not meet its debts when they fell due. If Mr A had had caveats in place, then those would have been triggered when Mr B lodged his winding-up petition.  The effect of this would have been that Mr A’s company would have had the chance to either dispute the sums contained within Mr B’s petition and / or come to some sort of payment arrangement with Mr B. The caveats would have also delayed the advertisement of Mr B’s petition in the press meaning that it would not have become public knowledge that such an application was made in the event that matters are resolved.

Mr A had not, however, lodged caveats. His solicitors had told him it would be useful to have them but Mr A thought it would be a waste of money. His business was generally doing well and he could not foresee anyone wanting to seek any interim orders against his company. That was a costly mistake for Mr A, as he was not given one last opportunity to challenge the winding-up petition and eventually lost his business.

A few weeks later it started raining heavily again. Had Mr A’s company had caveats in place he could have made a nice profit during the rainy season.

Mr C runs a company that put on firework displays each New Years Eve in the town of Scotsville. Everyone but one person in Scotville enjoyed the fireworks. That one person was Mr Scrooch. He hated the loud noise the fireworks make, the way they scared his multiple cats and how all the people stayed up late and went outside at night time to watch the fireworks. Mr Scrooch prefers things nice and quiet.

Luckily Mr C had lodged caveats to let him know if anyone sought interim orders against his company. The caveats were triggered the moment Mr Scrooch lodged his action and this meant that Mr Scrooch’s hearing could not go ahead without Mr C having the opportunity to appear and be represented. An emergency Hearing was fixed for the next day (30 December) to allow Mr C to explain why the interim order should not be granted in the first place. Had no caveats been in place, the interim order preventing the firework display would have been granted without Mr C being present and without him having any knowledge that the hearing had taken place, as he would only be told after the order was granted and served upon him. Mr C would then have had to wait for a couple of weeks before the automatic recall Hearing that is fixed in each case giving the defender an opportunity to remove the interim order. By January there would have been limited benefit to Mr C’s company to have the interim order removed. By that point the damage would already have been done – no New Years Eve firework display would have taken place.

Mr C successfully convinced the Court on 30 December that no interim order should be granted against his company and an amazing fireworks show took place on 31 December.

Mr C was happy that he had lodged caveats. Initially he had thought they would be pointless because who would ever want to prevent a fireworks display?! Now Mr C was happy that he had listened to his solicitors and had made a habit of lodging caveats each year. At the end of the day, the cost of lodging caveats was miniscule compared to the losses his company would have suffered had the fireworks display been cancelled.

If this is a service which you are interested in, please contact a member of the Dispute Resolution Team on 0131 226 8200.